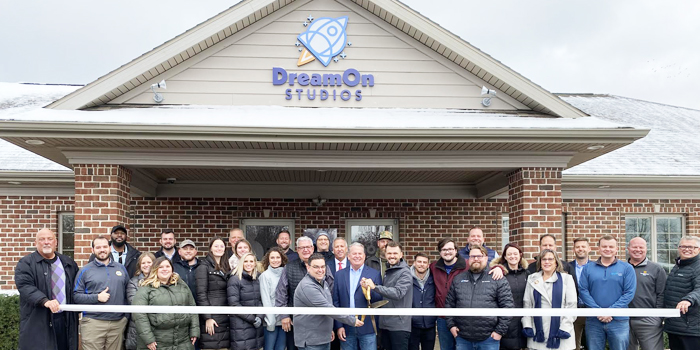 The Kosciusko Chamber of Commerce had a ribbon-cutting for DreamOn Studios on Thursday, Nov. 17, during a grand opening for the video production company’s new building at 2160 N. Pointe Drive, Warsaw. InkFreeNews photos by Leah Sander.

WARSAW — DreamOn Studios aims to share “stories that move,” according to one of its founders, Mason Geiger.

“We want to create content and share stories and give people the ability to move people to action,” he said on Thursday, Nov. 17. “Everyone has a story, so getting to share those.”

The Kosciusko Chamber of Commerce had a ribbon-cutting for the video production company on Thursday, Nov. 17, during the grand opening of its new home at 2160 N. Pointe Drive, Warsaw.

The space offers more room for Geiger and co-founder Matt Deuel, six employees and a number of interns to create content for clients. The two mentioned how they were previously cramped in a small office space off Winona Avenue in Warsaw.

DreamOn has existed since May 2021, but Deuel and Geiger had worked together previously. Both got interested in film and photography at early ages, and later worked formally in large markets, with Geiger in Los Angeles, Calif., and Deuel in Atlanta, Ga.

Previously, the two had had their own companies.

“We were hired together on a collaborative job and we went to Detroit for three days like four years ago, and we’ve been working together ever since,” said Deuel.

“(Early) came to us … out there in February of last year and just said: ‘Video needs to be a huge part of my business. I have this building, what would you guys think about (having a new office space)?'” said Deuel.

Early is CEO of the DreamOn Group, under which DreamOn operates.

The renovated building includes plenty of office space and studios for audio and video.

“There’s so many organizations that do incredible work and telling their own story is one of the hardest things that they struggle with and so that’s where we want to come in and say, ‘Hey, we just want to help put a spotlight on the great work that you already do, helping tell your story to the world, so that more people can find out about that,'” said Deuel.

“Again whether that’s a corporation or it’s a nonprofit, our whole goal is to help those companies be able to move people to action with their story,” he continued. 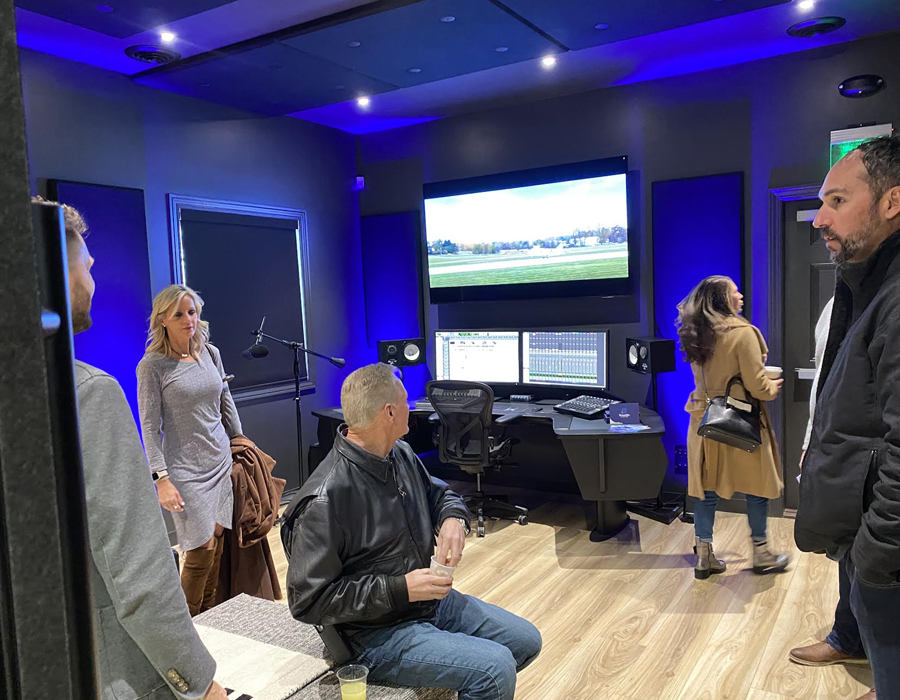 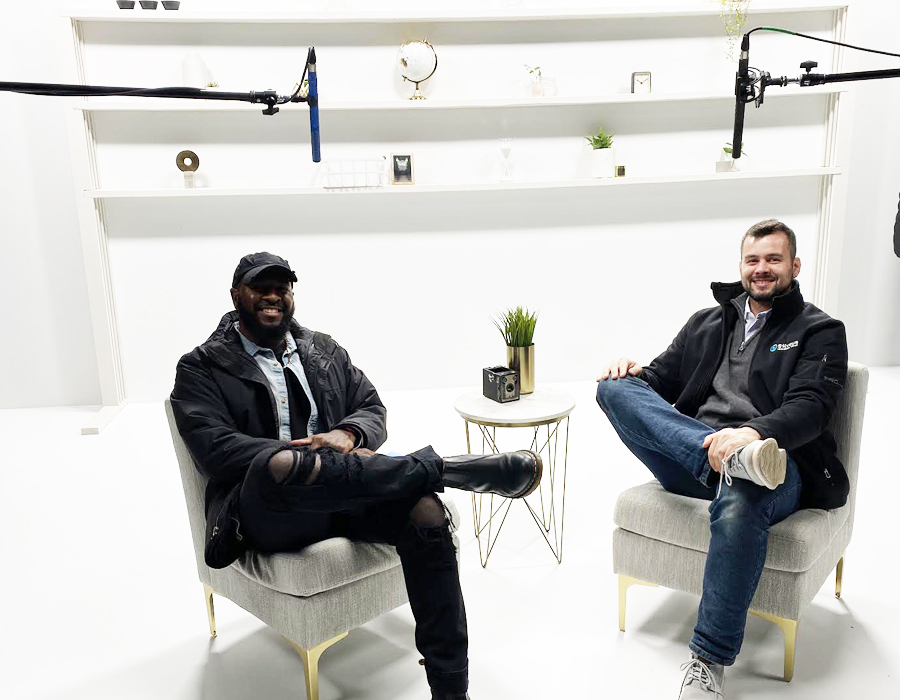