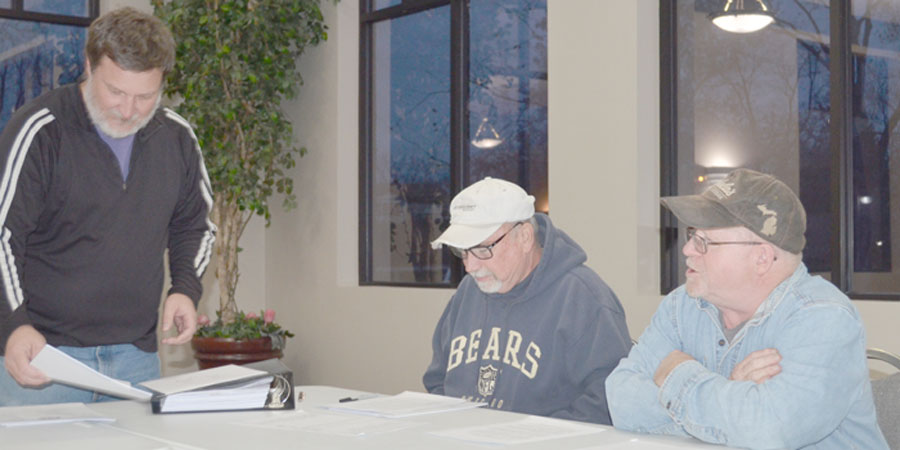 If all goes well, the Syracuse community can possibly play sports at the new ball field next year.

The Syracuse Parks and Recreation Board heard an update on Schrock Fields at its Monday night, Nov. 14, meeting. “It’s coming along pretty well,” said Chad Jonsson, park superintendent. “It’s been a busy week.”

He said a lot of construction has been accomplished at the new complex. The batting cage base and backstop nets have been installed. The chain link fence has been completed, except for a small portion. The vinyl fence posts have been put up.

He said Beer and Slabaugh, Nappanee, hopes to be finished with the ball fields by Dec. 31. “Hopefully, that’s the case,” said Jonsson.

There will also be a field for playing football, though goal posts have not yet been installed.

A mower for Schrock Fields is being delivered at the end of this week. The parks department purchased the mower from a company in Warsaw. Jonsson said he would like to add a broom to the John Deer mower. “We can use it to clean and clear paths and use it for snow removal.”.

“If you can use it in other areas, too, then it’s a good idea,” said President Paul Newcomer.

In other news, several trees have planted and others have been removed. The fall plantings were conducted last week. Eight trees were planted.

All remaining tree removals will be completed by Jan. 1. Phillips Tree Service is doing the tree work.

Jonsson has until Dec. 31 to apply for the Tree City USA designation.

A utility task vehicle will be ordered, as the board has agreed to purchase it. Jonsson got two quotes for the UTV from Bobcat of Warsaw. The John Deere Gator will be delivered by mid-February and costs $15,938.15.

Jonsson has applied for three grants for the Henry Ward Park pavilion and restrooms project. Jonsson submitted grants to The Harkless Foundation, Kosciusko County Community Foundation and Kosciusko County Convention and Visitors Bureau. He said depending on the monetary amounts of the grants, he would like to start work on the project next summer.

“I’d like to fund half of the cost for it,” said Jonsson.

The facility reservations form for the community center has been updated. Rental fees must be paid in full at least two weeks prior to the reservation date. Rental fees include a 10% transaction charge that is nonrefundable.

The recent indoor garage sale went well and was sold out. “It was well attended,” said Lursen. The next sale is the first weekend in March. It costs $10 per booth and $5 per table.

He said trick-or-treating at Lakeside Park went well, adding, “We will try it again next year.” About 350 children attended and 14 booths were set up.

Basketball league registration has begun. Call (574) 457-3440 or visit the parks department at the community center to sign up.

The Syracuse Parks and Recreation Board meets at 5:30 p.m. the second Monday of each month at Syracuse Community Center.