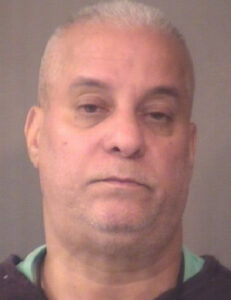 WARSAW — The semi driver who hit a school bus in Warsaw, injuring 20 students from Illinois, is a registered sex offender.

Victor Santos, 58, Brooklyn, N.Y., is facing 26 criminal charges, which include four counts of causing serious bodily injury while operating a vehicle, all level 5 felonies; and 22 counts of criminal recklessness with a deadly weapon, all level 6 felonies.

According to an affidavit of probable cause filed Nov. 14, Santos is a registered sex offender, having been convicted of rape in Bronx County Supreme Court in December 1999.

The affidavit also details the signs of impairment Santos was showing after the accident. Officers could smell alcohol from Santos’ person and also noticed Santos’ eyes were red and glossy. Santos’ speech was slurred and he refused to submit to a chemical test for intoxication.

Officers were granted a search warrant to obtain a sample of blood from Santos for certified testing.

During the booking process into the Kosciusko County Jail, Santos provided a portable breath test sample, which indicated Santos had a .13% BrAC. Physical impairments with a .13% BrAC include gross impairment of motor control, blurred vision, major loss of balance, and onset of dysphoria.

A Nov. 14 press release from Warsaw Police Department states the case is still under investigation and additional charges or enhancements could follow.