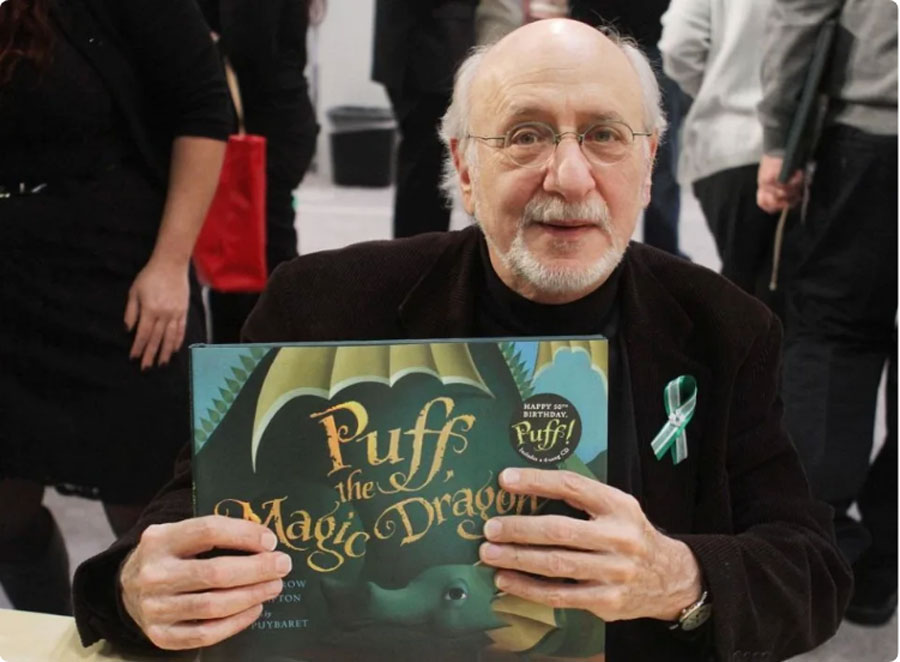 Editor’s Note: Randal C. Hill, Brandon, Ore., is a retired English teacher with a master’s degree. While attending college in Long Beach, Calif., he worked as a DJ at two radio stations. Later, he taught language arts at Fairvalley High School in Covina, Calif., where he offered “The Rock and Roll Years,” an elective fine arts class that featured invited guest speakers: Jan and Dean Bobby Vee, Freddy Cannon, to name a few. He has extensive writing credits including the first three editions of the House of Collectibles’ The Official Price Gide to Collectible Rock Records, which was reviewed on NBC’s Today show. He has done numerous personality profiles of rock and pop artist for the record-collector magazine Goldmine.

In 1959, Brooklynite Lenny Lipton was a 19-year-old sophomore at New York’s Cornell University. One spring night, the engineering major planned to meet for dinner with his friend Lenny Edelstein, a campus pal who roomed with a folk-music-playing student named Peter Yarrow.

To kill a little time that afternoon, poetry-loving Lipton wandered over to the library at the Cornell Student Union — and consequently changed his fortune.

There he selected a volume of poems by humorist Ogden Nash. (Lipton had always been drawn to Nash’s droll, playful works.) One particular Nash creation caught Lipton’s eye. “The Tale of Custard the Dragon” was a 1936 tale that involved the end of childhood, something which had been on Lipton’s mind as of late.

He reshelved the book and headed for his friend’s house in the Collegetown area. As he strolled into town, Lipton created his own poem about a dragon, an imaginary and ageless creature named Puff, who lived for a while in the heart and mind of a young boy named Jackie Paper.

By the time Lipton reached the Edelstein-Yarrow house, his verses were fully formed, and he wanted to write them down before they faded from his mind. Nobody was home, but the door was unlocked, so Lipton let himself in, rolled a sheet of paper into Yarrow’s typewriter, and typed furiously for three minutes to create “Puff the Magic Dragon.” Lipton then left his poem in Yarrow’s machine and promptly forgot about it.

“Puff the magic dragon lived by the sea

“And frolicked in the autumn mist

“In a land called Honalee.”

When Yarrow saw the work later, it struck him that Lipton’s words could easily become a catchy folk ditty. Yarrow wrote it as “Puff (the Magic Dragon)” and, once he became a part of the supergroup Peter, Paul and Mary, he began including the fantasy yarn in the fast-rising trio’s act. In early 1963, Yarrow made sure Lipton received writer’s credit when the melancholy tune became the first million-selling single for the trio. Strangely, Lipton had forgotten all about his off-the-cuff creation about what would, in time, become the world’s most beloved dragon.

Lipton later blamed some Puff problems on gossipy New York journalist Dorothy Kilgallen, who in 1964 charged that Lipton’s ode contributed to the growing drug culture. Eventually rumors spread that Jackie Paper referred to rolling papers for marijuana cigarettes and that Puff meant taking a “puff” on a joint.

When asked about the real meaning, Lipton scoffed. “The Puff story is really just a lot like Peter Pan. (It’s about the) loss of innocence and having to face an adult world. … I find the fact that people interpret it as a drug song annoying. It would be insidious to propagandize about drugs in a song for little kids.”

In Peter, Paul and Mary concerts, as Yarrow picked the opening guitar notes of “Puff,” he would sometimes smile and explain, “This is a song about a dragon … It’s not about anything else … Just a dragon …”