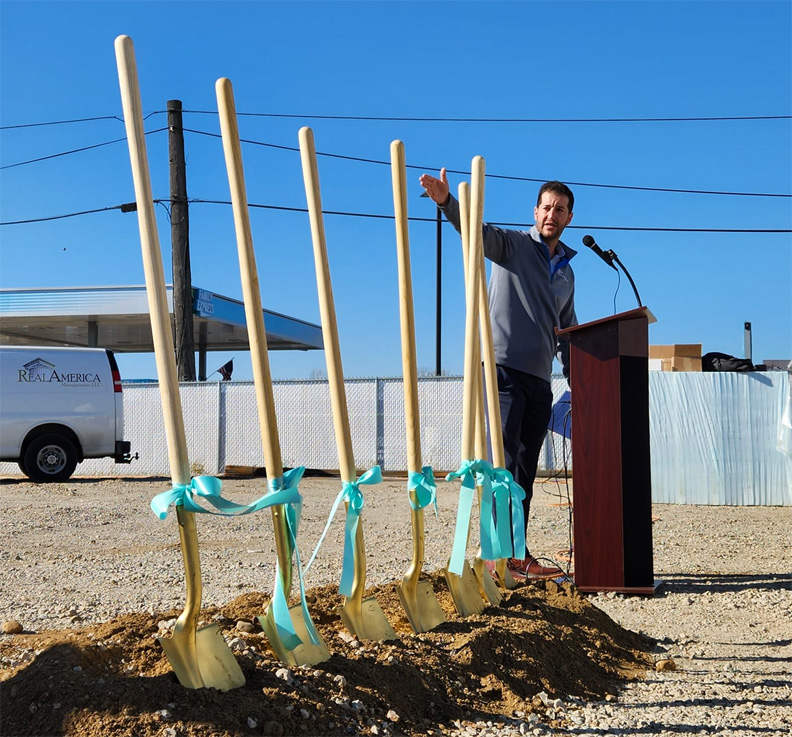 Mike Surak, vice president of development with RealAmerica, talks ahead of a groundbreaking ceremony for The 2525 apartment complex. InkFreeNews photos by Dan Spalding.

WARSAW — You’ll have to excuse Mayor Joe Thallemer if he appeared a bit eager Thursday, Nov. 10, in witnessing a reversal of fortunes for the old Arnolt property.

Thallemer, who often says mayors “always want things done yesterday,” watched for years – many years – as the city wrestled with what to do with the blighted property visible from Argonne Road.

On Thursday, he appeared to jump the gun a bit during a groundbreaking ceremony for the construction of an affordable apartment complex when he flung a pile of dirt high into the air while other dignitaries offered a more polite flip of soil (see photo below).

For decades, city officials watched the old Arnolt property on Durbin Street sitting vacant and exposed on a tract of environmentally contaminated land and wondered what could be done.

But earlier this week, the city transferred the property to RealAmerica, the developer, and then on Thursday celebrated the start of construction of a 60-unit apartment complex known as The 2525.

Officials believe it will be ready for occupancy next winter (2023), and when that happens, it will mark the third affordable housing project the city has lined up in the past six years.

Unlike the other two affordable housing projects – 802 Center and Little Crow Lofts – the city had to overcome what Thallemer described as “a blighted, environmental mess” with the Arnolt property.

Those types of challenges are often complicated, and time-consuming and can involve the cooperation of many groups.

“It’s a painstakingly slow process, but to that end, we’ve got some momentum,” Thallemer said.

The future three-story apartments will offer units with as many as four bedrooms, open floor plans and free Wi-Fi.

The development will also include a playground, dog park, sports court, picnic area and a community building, according to Mike Surak, vice president of development with RealAmerica.

Traditionally, vouchers follow the user to wherever they find housing. But having units set aside will quickly help those in need, said Pam Kennedy, executive director of Warsaw Housing Authority.

Surak thanked the many groups for their roles including WHA and IHCDA, which oversees the tax credit program for affordable housing.

“If it weren’t for tax credits, we wouldn’t be able to build affordable housing,” he said.

Thallemer and Alan Tio, executive director for the Kosciusko County Economic Development Corp., predicted the future apartments will serve as a catalyst for new development in what has become known as the Argonne Road Corridor.

Tio credited the city for having a vision and thinking big.

“Housing is a challenge everywhere,” Tio said. “We’re really becoming known for how we’re solving the problems around housing. These kinds of projects, these kinds of investments, show the kinds of things that are possible.”

The building sat empty for decades until the city acquired it a few years ago from a receivership. The city then had to overcome environmental issues, find a developer and wait until tax credits for affordable housing became available.

The city for its part, had the building demolished, oversaw cleanup and then turned the property over to RealAmerica. They’re also offering tax abatement for the project.

Thallemer has made the expansion of affordable housing a top priority for his administration. He said having the many partners involved “made it happen.” 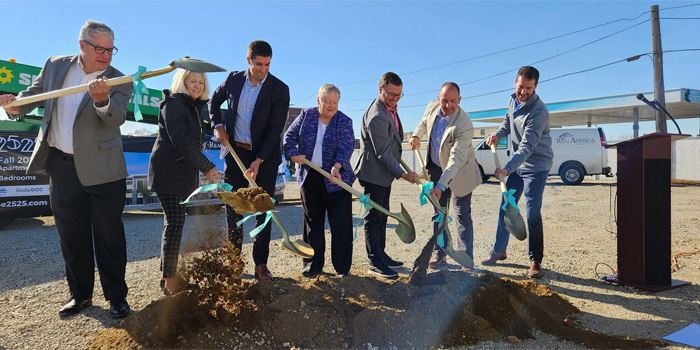 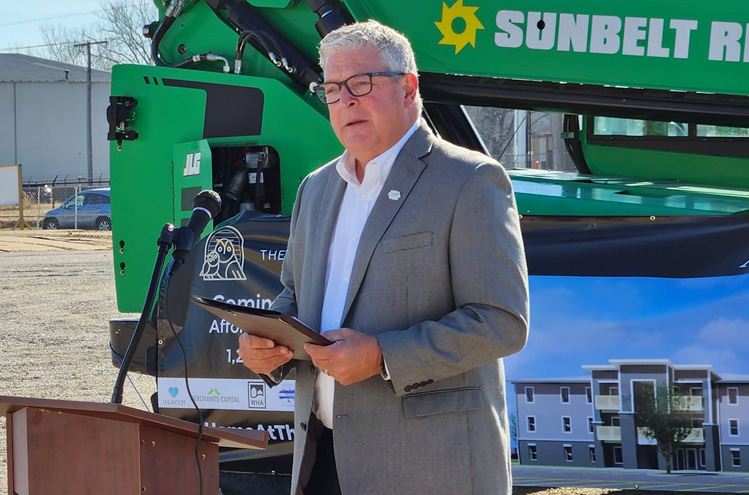 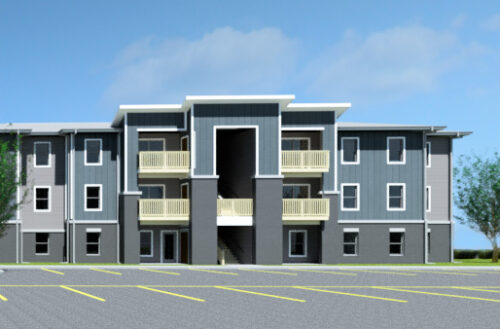 An artist’s rendering of what The 2525 apartments will look like. Artwork provided by RealAmerica.