By Jackie Gorski
And Deb Patterson

WARSAW –  There will be some changes in area school boards, as well as some incumbents who will retain their seats.

Westerhof said Tuesday night he was feeling grateful. He said Dick was a great guy, as well as Mike Coon who Westerhof is taking over for but did not seek re-election. Westerhof looks forward to talking to both Dick and Coon and getting their thoughts. 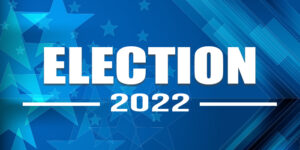 Thomas said she is very happy to serve Whitko for the next four years.

Barnhart could not be reached for comment Tuesday night.

Neil Likens, District 1, and Steve Baut, District 3, will be joining Andy Cripe, District 2, on the Wawasee Community School Corp. Board of Trustees beginning on Jan. 1. Likens will be filling the seat currently held by Rob Fisher. Baut will be replacing Rebecca Linnemeier. Both Fisher and Linnemeier opted not to seek re-election. Cripe is an incumbent.

Likens led the District 2 seat throughout the evening, defeating his opponent Heather Coy, 2,778 to 2,357.

“First of all, I’d like to say all the candidates did a fantastic job. I’m honored and looking forward to working with this team and the community. Thank you to all who voted for my, my family and friends and their personal support throughout this journey,” stated Likens.

Likens is a husband and father of three Wawasee School Corporation students. Likens and his wife, Megan, are also small business owners within the school district. He has dedicated his life to public service as an EMT and fireman and he is currently a detective sergeant with the Kosciusko County Sheriff’s Office.

Baut is a husband and father of three. He has two sons who graduated from the Wawasee district and a daughter in fourth grade at Milford. He has also coached soccer and basketball teams for Lakeland Youth Center.

Cripe, who was unopposed, will retain his seat for District 2.

Also at Triton School Board, incumbent Steven Stichter received a total of 1,132 votes for District 2 and Kenneth Miller received 1,133 for District 4. They were unopposed.