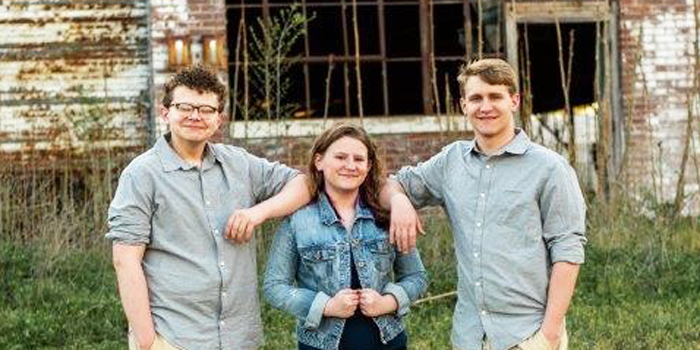 Brelynna “Bre” Felix is shown standing between her brothers, Isaiah Felix, left, and Matthew Felix. Her family is remembering her one year after she was tragically killed in a hit-and-run accident north of Akron on SR 19 in Fulton County in which Isaiah was also injured. Photo provided.

Steyn made the comments to InkFreeNews regarding the late Tippecanoe Valley Middle School student who passed away a year ago today.

“She loved her family, friends, her dog Mia, and pretty much any pet she came in contact with,” said Steyn. “She was passionate about life and found joy in the simplest things. (Pickles, Takis, Crocs, Monster energy drinks and tie-dye were her love languages).”

“She loved to laugh and play basketball, but annoying her brothers took rank,” Steyn added.

Felix, 12, was killed on Nov. 5, 2021, in a hit-and-run accident north of Akron on SR 19 in Fulton County in which her brother, Isaiah Felix, was also injured. The driver in that wreck, Gage Rogers, 27, Akron, recently pled guilty to two felony charges stemming from the accident and is set to be sentenced in January.

Though Felix’s life ended too young, her interests and passions are to still be remembered through several memorials.

As Felix played basketball with TVMS, the school “will be honoring her life by presenting a memorial plaque at a basketball game,” said Steyn. That’s to occur early next year.

Felix had also talked about playing basketball in the future at Grace College where family members had attended.

Steyn said the family plans to announce a Grace College basketball scholarship that they have created in her honor in the spring.

Felix’s love of animals is also to be memorialized, said Steyn. The family plans to continue the tradition of a yearly fundraiser and donation to the Animal Welfare League of Kosciusko County to mark Felix’s birthday of March 2 that they started around what would have been her 13th birthday earlier this year.

Steyn considers her niece’s legacy to “forever be her heart.”

“She was always helpful and thinking of other’s feelings before her own,” said Steyn. “She never wanted to leave people out of things in fear of them being sad.”

“She was always up for an adventure, even if it meant sitting in the salon for four hours just to get Chick-fil-A and Starbucks afterwards,” Steyn continued. “The love Brelynna had for us, her family, will be felt for the rest of our lives.”

“Although, no amount of time could ever make up for such an amazing girl losing her life at such a young age, we hope the judge is fair in the January sentencing,” she said.

“We appreciate all of the love and prayers we have felt throughout this first year without her,” added Steyn.

Steyn said she believes Felix would want her family and friends “to live their lives in honor of her.”

She would also want them “to live life to the fullest, be happy, and not dwell on the hurt and pain we are feeling now,” said Steyn. 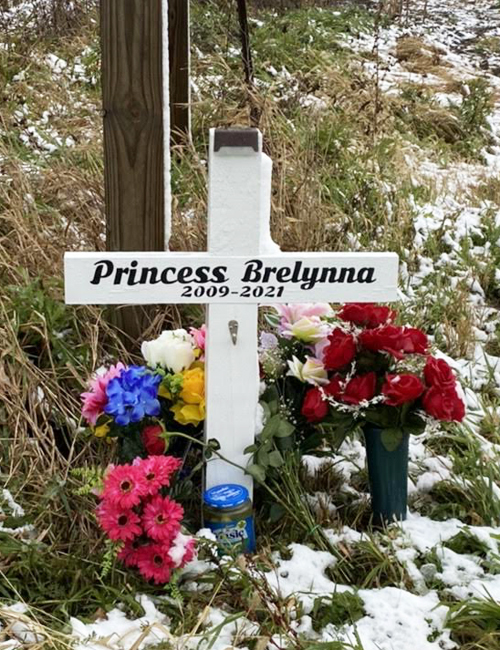 A memorial to Felix along SR 19 where the accident occurred is shown in November 2021. InkFreeNews photo by Leah Sander.