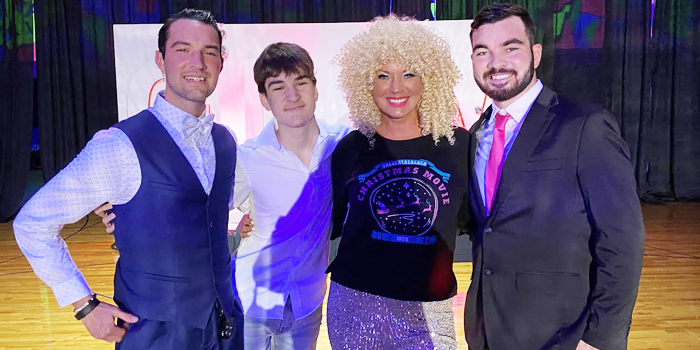 Glam of Warsaw had its 6th Annual Fashion Gala & Smithstrong Fundraiser on Thursday night, Nov. 3, with the theme of Studio GLAM: An Evening at the Disco. It was held at Hansen’s Eastlake Skating Center, 3010 Frontage Road, Warsaw, and proceeds were to go to the Smithstrong Foundation Fund, which provides scholarships to student-athletes at Tippecanoe Valley High School. The fund and event are in honor of Glam owner Michelle Smith LeDrew Hansen’s late father, Charlie Smith, and brother Scott Smith. Pictured, Smith LeDrew Hansen poses with her three sons at the event. From left: Zach LaDrew, Chase LeDrew, Smith LeDrew Hansen and Bryce LeDrew. InkFreeNews photos by Leah Sander.

The business, which has a Warsaw location at 212 S. Buffalo St., had its 6th Annual Fashion & Smithstrong Fundraiser. The theme for this year was Studio GLAM: An Evening at the Disco, and the event was held at Hansen’s Eastlake Skating Center, 3010 Frontage Road, Warsaw.

Glam owner Michelle Smith LeDrew Hansen started the event in 2015 to celebrate Glam’s first anniversary in Warsaw. However, with the deaths of her father, Charlie Smith, and brother Scott Smith in a plane crash that same year, the gala also remembers them with a fundraiser for the Smithstrong Foundation Fund.

The fund provides scholarships for student-athletes at Tippecanoe Valley High School, where Charlie Smith was a teacher and football coach and Scott Smith graduated and played sports.

The gala’s main activity is a fashion show, with models, including Smith LeDrew Hansen herself, strutting down a runway on Thursday to disco hits while wearing clothes from Glam. Guests also had the opportunity to buy Glam fashions at the pop-up shop and enjoyed food and drinks.

People were also able to skate at the rink, with Smith LeDrew Hansen’s husband and the rink’s owner, Trace Hansen, showing off his skills at the start of the show to the tune of the Village People’s “Macho Man,” and the first models opting to skate instead of walk down the runway.

Smith LeDrew Hansen shared with InkFreeNews why she opted to pick the theme this year.

“Roller skating is very trendy right now. It’s kind of had a resurgence with a lot of celebrities … that are promoting roller-skating as great exercise,” she said. “My husband owns the rink, so it was kind of a perfect collision of two worlds and then we just thought the disco theme just went so perfectly with the roller-skating theme.”

She noted that attendees were happy to be at the event, the first time it’s been held since 2019 due to the COVID-19 pandemic.

“I’ve had so many people pull me to the side and just thank me for being able to come out and do something fun,” she said. “People are ready to kind of go back to the world post-COVID and dress up with their friends for small business, so it means a lot.”

Smith LeDrew Hansen also referenced how the event honors her father and brother.

“(The event is) very emotional for me too because the whole point of this is to honor my dad and my brother who were very involved in the community and we’re so good at bringing people together and making people feel included and that’s kind of become my mission,” she said.

“I cannot tell you how appreciative I am of the partners that stop off every year to support this gala, and not only do they do it, but they do it with enthusiasm, they do it with excitement and they bring their A-game,” said Smith LeDrew Hansen. “That’s what makes this event so special.” 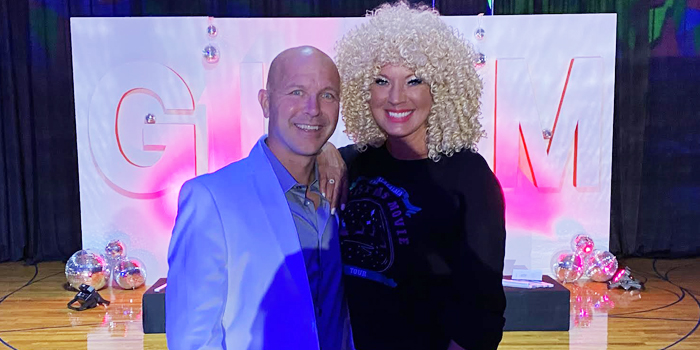 Smith LeDrew Hansen, right, poses with her husband Trace Hansen, the owner of the rink. 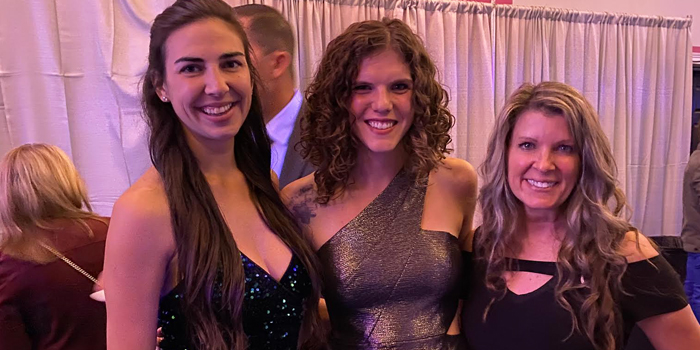 Enjoying the event are from left: Analesa Muir, Brittany Lyon and Heidi DeGraff. 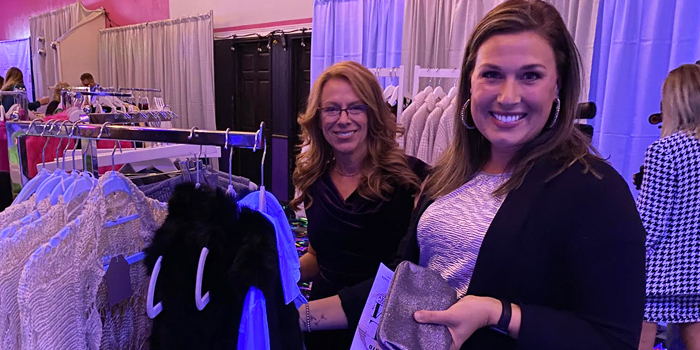 Checking out clothes in Glam’s pop-up shop at the event are Tammy Smith, left, and Brooke Miller. 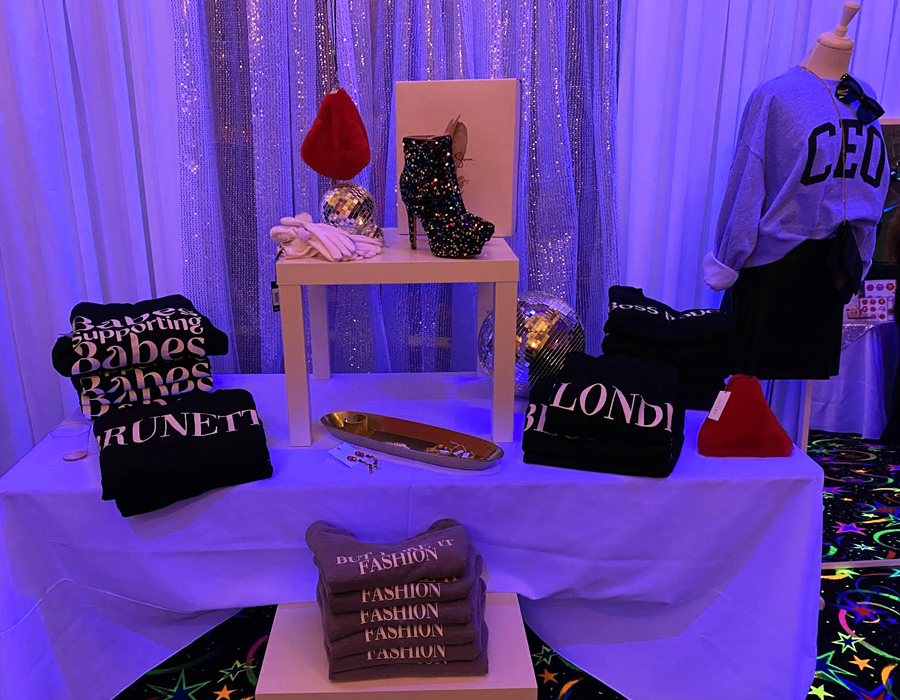 A look at some items in the pop-up shop. 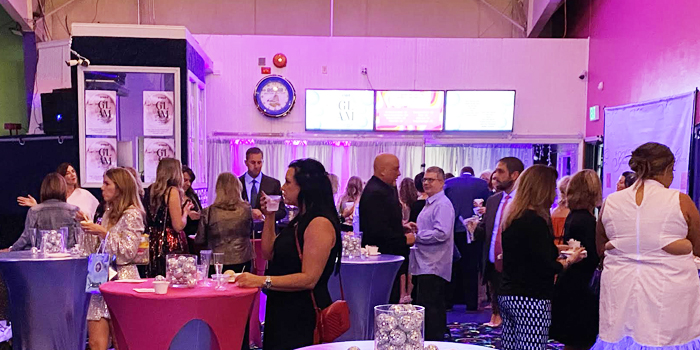 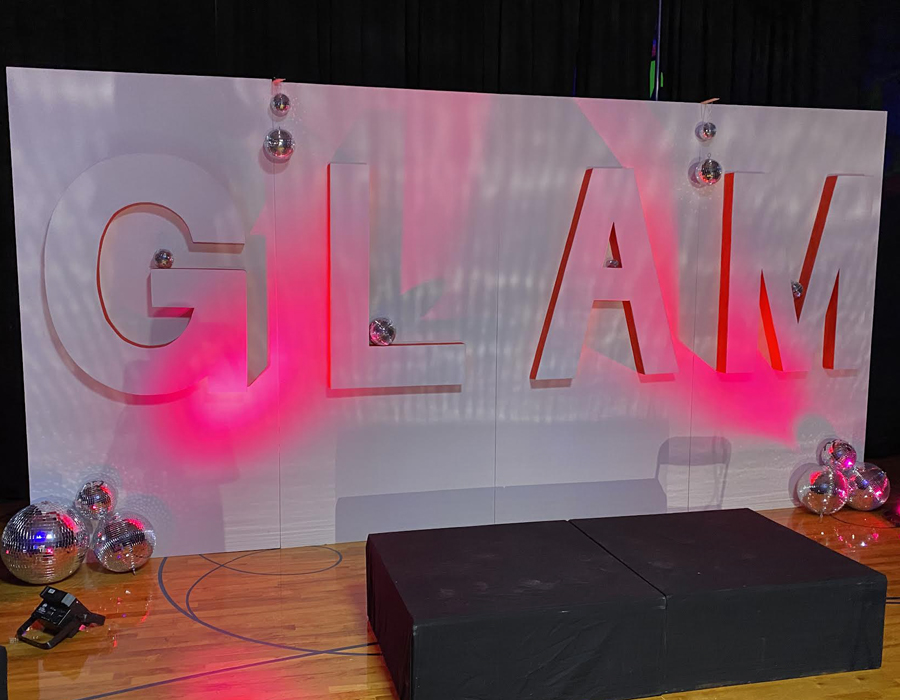 The backdrop for the event’s fashion show included pink uplighting and disco balls to go with the night’s theme. 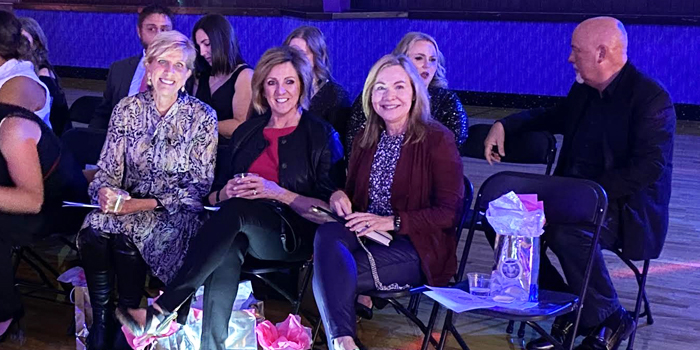 People get ready to watch the show. 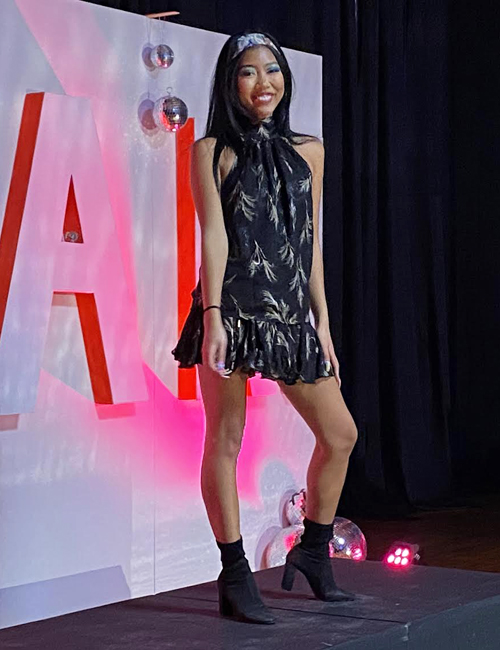 A model poses for the camera. All of the clothing in the fashion show was from Glam. 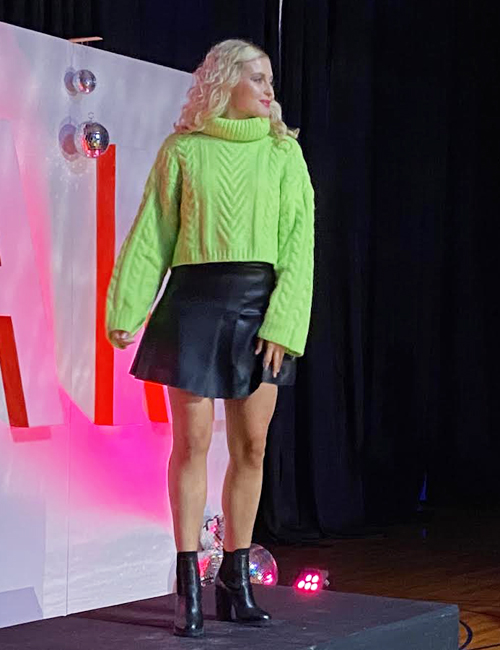 A model rocks a green sweater and black skirt. 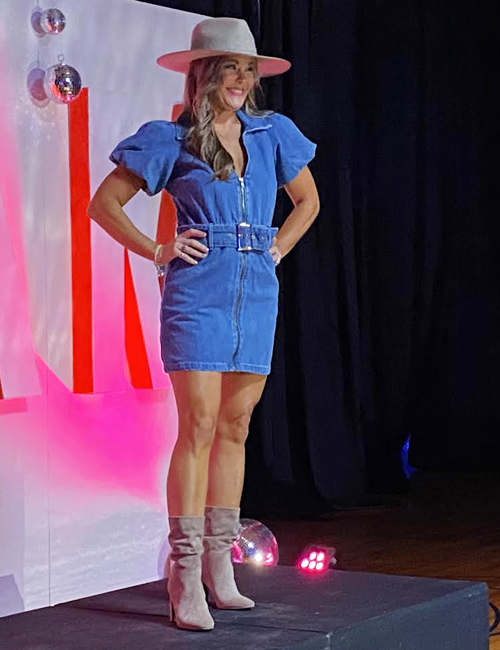 A model dons a blue dress, boots and hat. 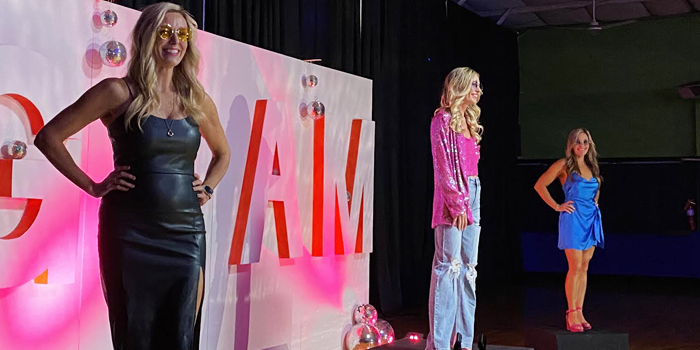 Models show off their looks.