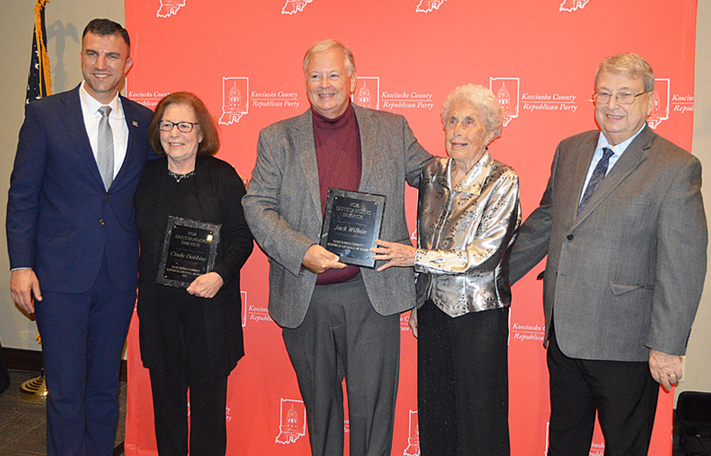 WARSAW – With the thoughts of Jackie Walorski’s death still fresh in their minds, Republicans in Kosciusko County on Tuesday, Nov. 1, rallied around the man who is poised to possibly step into her shoes in one week.

Rudy Yakym III, nominated by Republicans to replace Walorski on the ballot, was the keynote speaker at the Kosciusko County Republican Hall of Fame Dinner at the Owl’s Next in North Webster and honored her legacy.

For some voters, his name will appear twice as a result of redistricting and the special election to fill the remaining weeks in the current Congressional term. He has two opponents, but is favored and could take office next week if he wins.

Walorski and three others were killed Aug. 3 in an auto accident north of Nappanee and 2nd District Republicans quickly chose Yakym, a 38-yer-old businessman from Elkhart who had previously been an advisor to Walorski.

Walorski was in her fifth term in Congress when she passed and was an outspoken opponent of abortion and a strong advocate for military veterans.

Yakym, in his speech, talked about the endless encounters he’s had with people recently who have mentioned and praised Walorski.

He recalled a Starke County farmer who approached Yakym soon after her death and started crying. “He said, ‘I loved Jackie,’ put his head on my shoulder and just cried.”

“In this district,” Yakym said. “Jackie was known and she was loved.”

County GOP Chair Mike Ragan also acknowledge Walorski’s death shortly before introducing her husband, Dean Swihart, who then entertained the audience with a collection of patriotic music on a saxophone and an electric wind instrument.

Kosciusko County Republican Womens’ Club also honored the district’s first female member of Congress with an award to Avis Gunter in Walorski’s name. Gunter was a longtime county leader and continues to have an active role in GOP politics even in her 90s.

Cindy Dobbins, chair of the county Republican Women’s Club, described Walorski as an inspiration to others and said Gunter has been an “inspiration for generations.”

Yakym has been campaigning full-time in a compressed schedule across the district’s eleven counties including nine visits to Kosciusko County. On Tuesday, he was accompanied by his wife, SallyAnne, and three children, for the dinner.

“There’s is so much at stake that it requires we vote the right people in nationwide to rein in the out-of-control Biden-Pelosi administration policies that are hurting Americans every single day.”

“This is a pivotal moment. Next week, we get to decide what kind of future we want for our kids and our grandkids,” he said.

“Hope is on the horizon,” Yakym said. “All is not lost. This is still the greatest country in the world.

He’s predicting Republicans will take back the house by a large majority and pointed to races where Democrats are campaigning in traditional safe districts. One of these is Indiana’s 1st District congressional race in Gary where Republican Jennifer Ruth Green is challenging incumbent Democrat Frank Mrvan.

“Democrats are playing defense in Lake County, Indiana – said nobody ever,” he said.

The large crowd at the Owl’s next also heard from State Treasurer candidate Daniel Elliott and Secretary of State candidate Diego Morales, who has fended off numerous attacks from Democrats.

At the end of the dinner, the local party also honored its Man and Woman of the year – both members of Warsaw City Council. 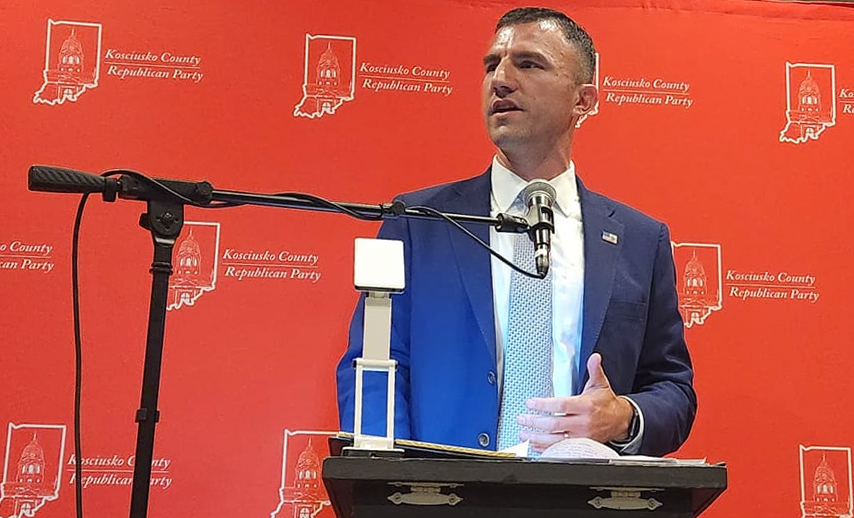 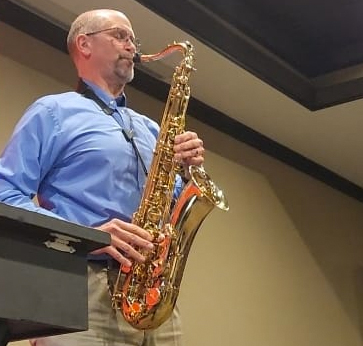 Dean Swihart, the husband of the late Jackie Walorski, performed a musical tribute to her during the GOP dinner in North Webster Tuesday, Nov. 1. InkFreeNews photo by Dan Spalding. 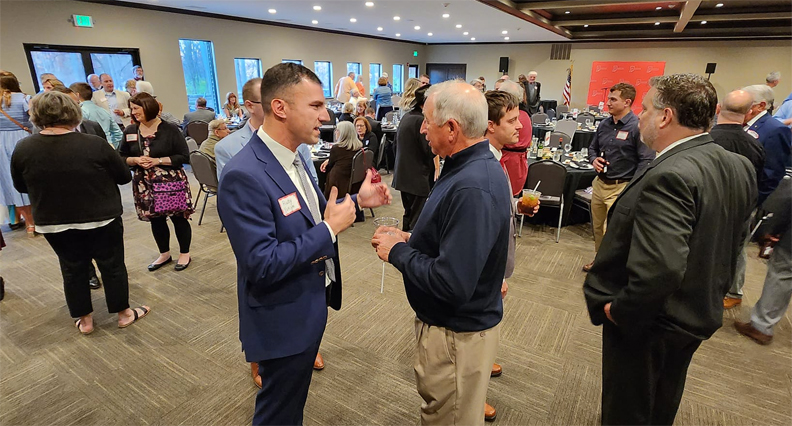 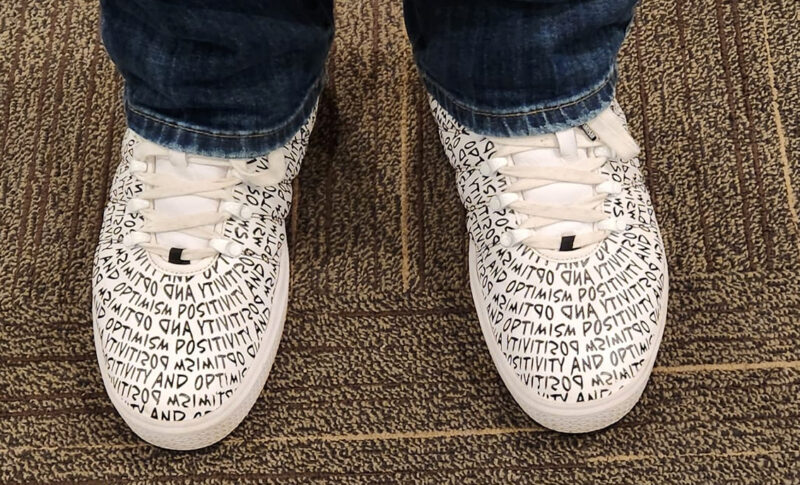 Scott Clay, a Republican foot solider, brought a unique spirit of optimism to the dinner. InkFreeNews photo by Dan Spalding.