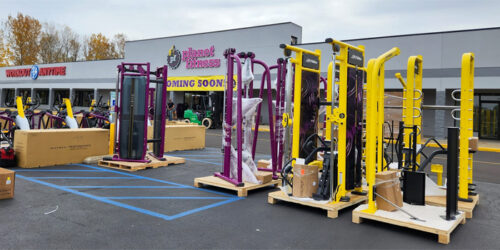 Exercise equipment sits in the parking lot outside the new PlanetFitness store in Warsaw before being moved inside. InkFreeNews photo by Dan Spalding. 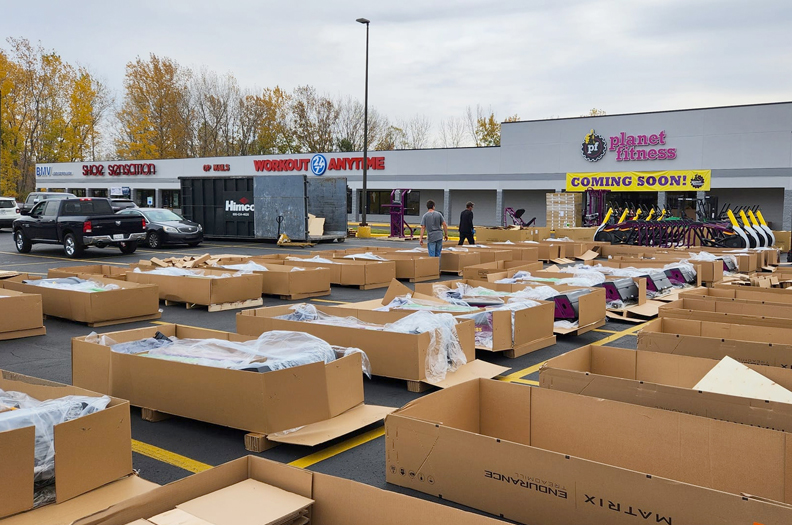 A large number of boxes were lined up outside the Planet Fitness store Monday, Oct. 24, in Warsaw as staff worked to unpack and assemble the equipment before taking it inside. InkFreeNews photo by Dan Spalding.

WARSAW – Two more stores in the renovated MarketPlace of Warsaw will soon open.

Planet Fitness is tentatively set to open on Monday, Oct. 31, according to the store manager.

On Monday, workers in the recently repaved parking lot could be seen unpacking and assembling some of the new exercise equipment.

At the same time, the company also has another short-term presence on the other side of the shopping center where staffers are working to build a customer base ahead of opening.

Meanwhile, on the west side of the shopping center, Big Lots plans to open on Nov. 10, according to a sign displayed outside the store.

Renovations by Sullivan Wickley began early this year and are partially funded by the city, which has sought to reinvigorate the property. 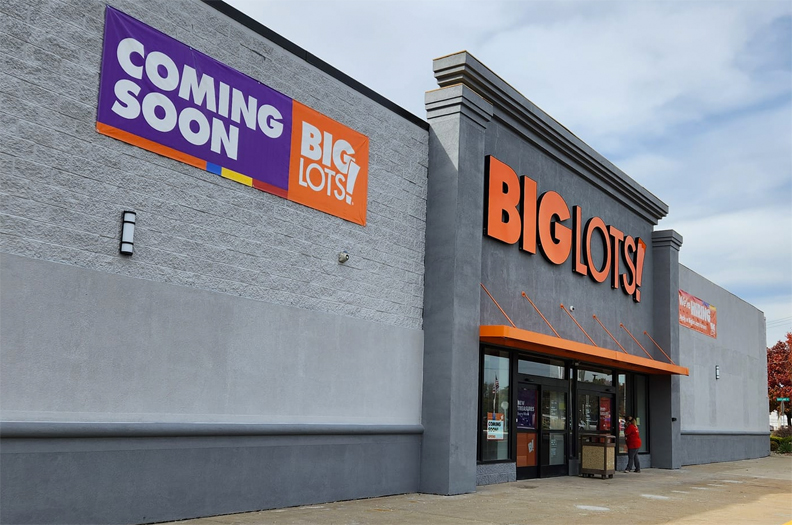 The new Big Lots store in the MarketPlace of Warsaw is expected to open on Nov. 10. InkFreeNews photo by Dan Spalding.