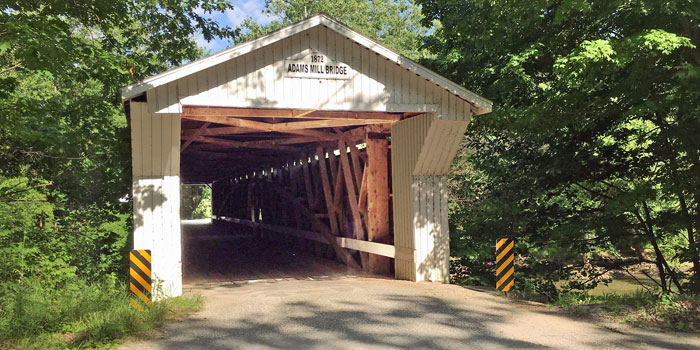 The 144-foot-long Adams Mill Covered Bridge just downstream from the mill was in bad shape in 1974 and was about to be torn down and replaced by a steel structure when Friends of Adams Mill Valley Inc. came to the rescue. InkFreeNews Photos by Rod King.

Visiting Adams Mill near Cutler, is like taking a step back in time.

The 1845 grist mill, which ground wheat and corn into assorted grades of flour for more than 100 years, is available to tour. 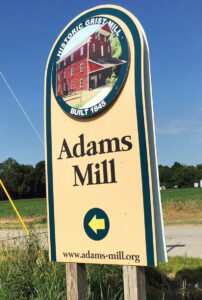 It’s not just a mill, however. It’s also the site of the Museum of Americana and is chock full of mill machinery and related equipment from Conestoga and Prairie Schooner wagons, a McCormick reaper, a buggy and a sleigh to antique hand tools, harnesses and yokes, a butter churn and more.

The story behind the mill starts when John Adams (not the president) moved his family from Pennsylvania to Carroll County in 1831. He walked the Wildcat Creek from Lafayette toward what is today Kokomo in search of a suitable site to build a mill. He chose a spot where the creek makes a big bend, built a dam, dug a millrace and constructed a mill.

In 1835 he began work on a two-story 26-by-34-foot grist mill. It began operating a year later with a single run of buhrs (grinding wheels). Business was good. In fact, the place sometimes operated around the clock to meet the demand for flour. Adams, a consummate entrepreneur, quickly saw the need to expand. In 1841 he started building a bigger four-story mill with four runs of buhrs and two turbine wheels that could produce 40 barrels of flour a day.

Adams Mill is a prime example of post and beam construction. The hand-hewn timber framework is held together with wooden pegs. Posts, beams and joists are walnut, oak and poplar harvested locally and shaped on site. The steep stairs are removable to allow large equipment to be hoisted from floor to floor.

In addition to grinding grain into flour, Adams Mill at one time was headquarters for the local Masonic Lodge, served as a U.S. Post Office and in 1913 the mill’s turbines powered a generator to provide electricity to surrounding communities. Cutler’s first street lights were powered by the mill. An 11-minute video details its history.

Mark and Jill Scharer purchased it in 1993 and opened it to visitors. They’re now active in Adams Mill, Inc., the present not-for-profit owner. Mark is proud of the fact that his grandfather worked at the mill in the early 1930s.

Even today it’s more than just a mill. Three cabins on the property are available to rent and tent camping is also encouraged. Campers come to tube, kayak and canoe down Wildcat Creek and under historic Adams Mill Covered Bridge that dates back to 1872. By 1974 the 144-foot-long bridge was deteriorating badly and was closed. Vandals had torn off sections and dropped them in the creek; it had been set on fire and was covered with graffiti.

Before it could be demolished and replaced with a steel structure, Friends of Adams Mill Valley, Inc. came to the rescue, raised money and secured grants to bring it back to its historic glory. It’s located less than a mile from the mill. It’s presently on the National Register of Historic Places.

Adams Mill and the covered bridge are located near Cutler, on CR S 75 E. Signs in Cutler will direct you to the mill. For more information, visit adams-mill.org. 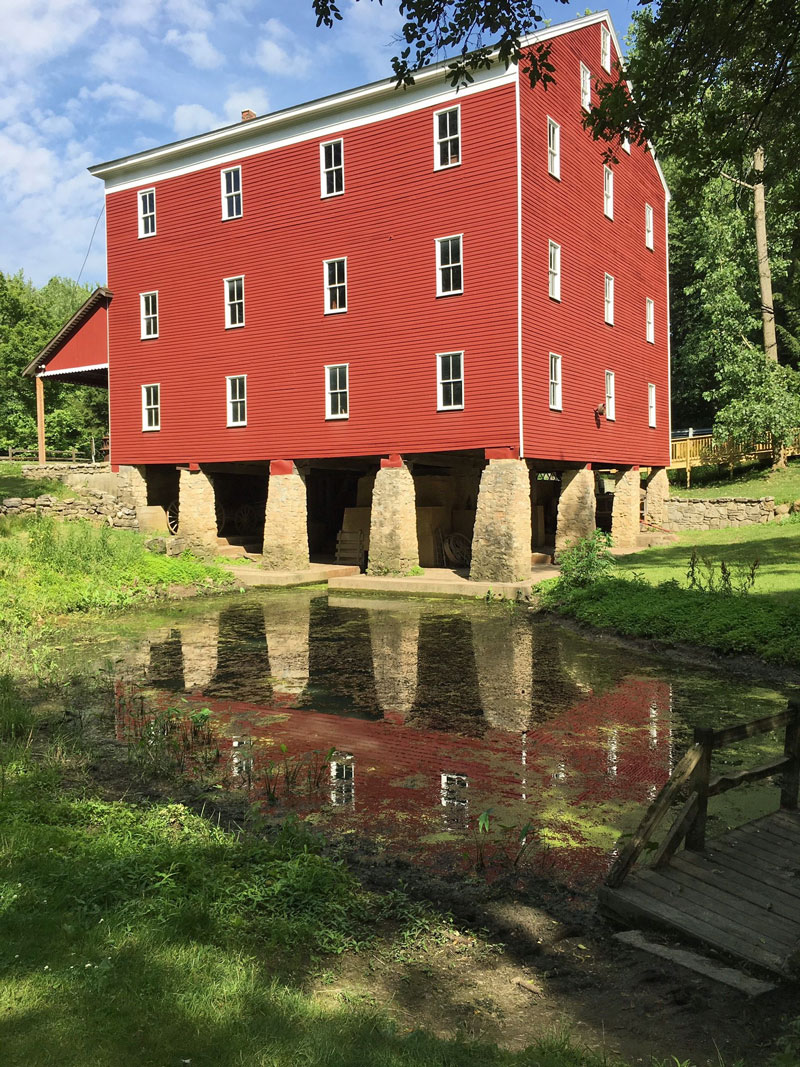 The 1845 Four-story Adams Mill/Museum of Americana near Cutler, is chock full of mill related equipment, antique hand tools, harnesses and yokes, wagons and a McCormick reaper. At various times in its history it was home to a Masonic Lodge, U.S. Post Office and generated power for surrounding communities. 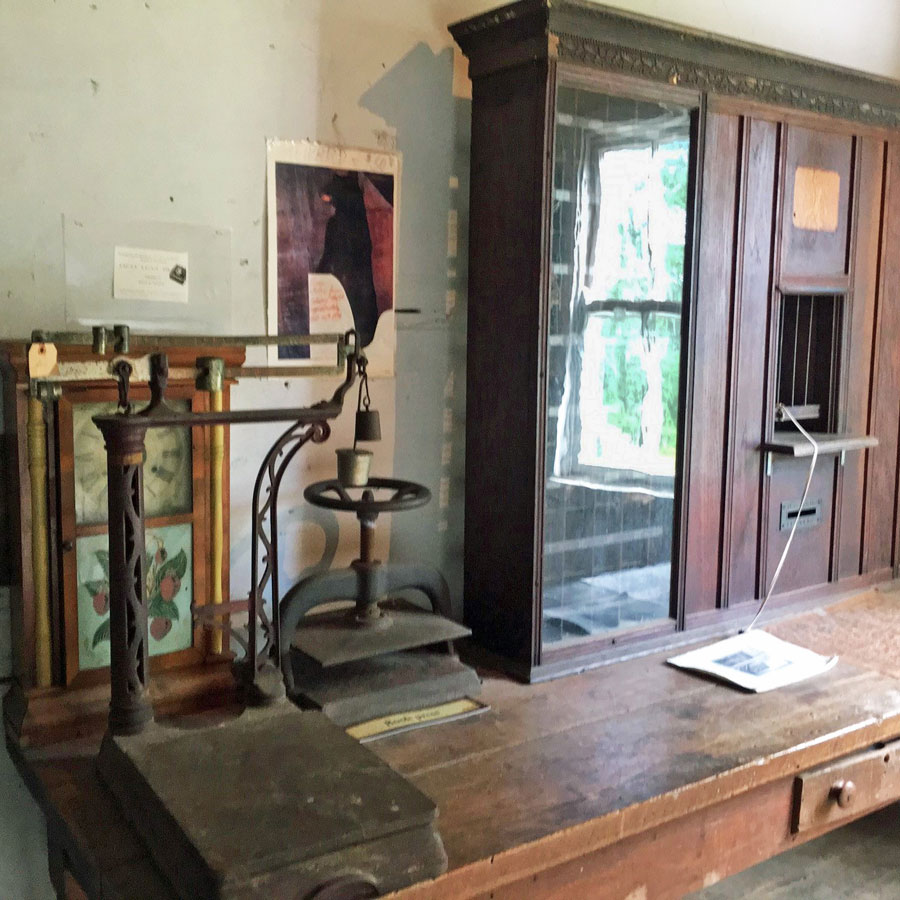 In addition to making flour, Adams Mill served as a U.S. Post Office. 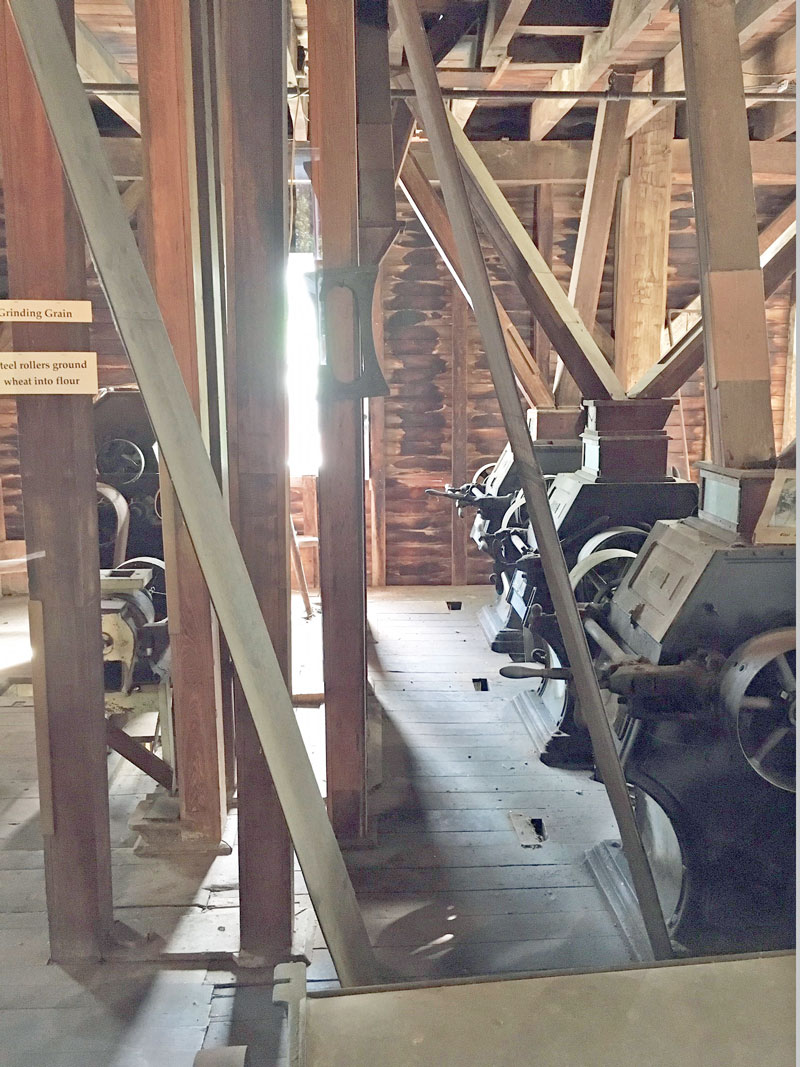 Adams Mill is full of belts and chutes that haul grain to the top for grinding and then sent down for finishing and packaging. The mill produced 40 barrels of flour a day under the name of Good Luck Flour. Part has been motorized to demonstrate the workings. 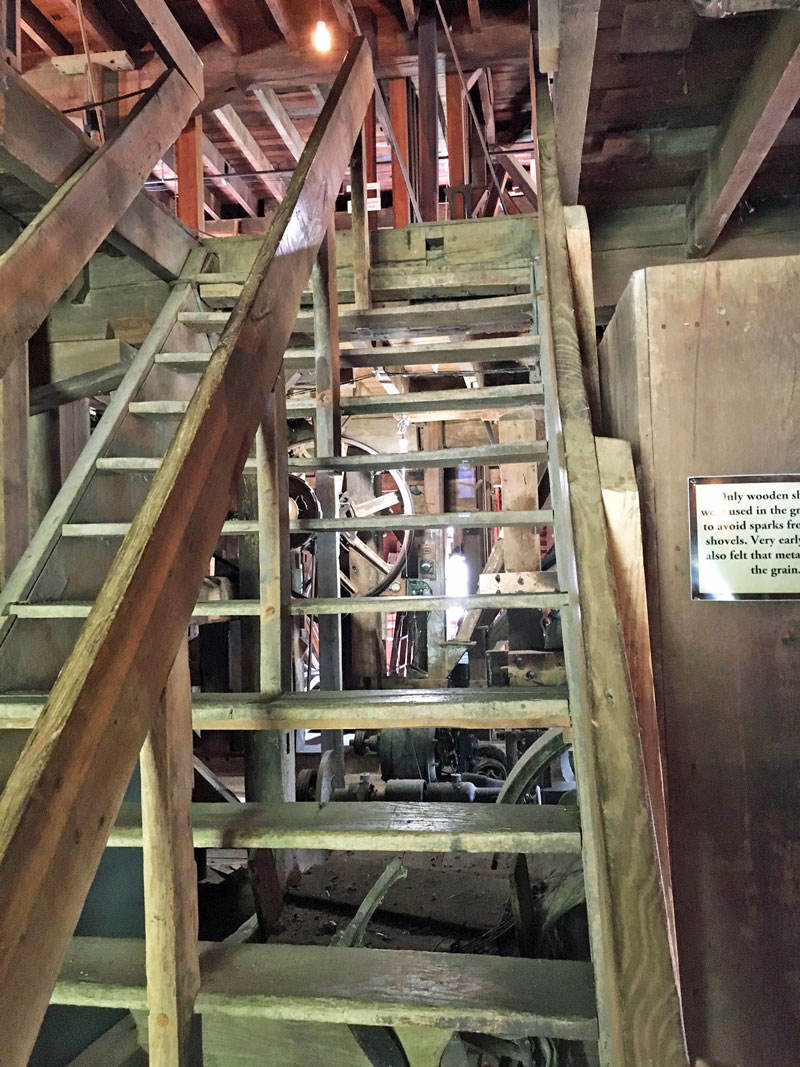 Steps to the second, third and fourth floors are removable so large equipment can be hoisted up. Posts, beams and joists are walnut, oak and poplar harvested locally and shaped at the mill site. Construction took four years. It opened for business in 1845. 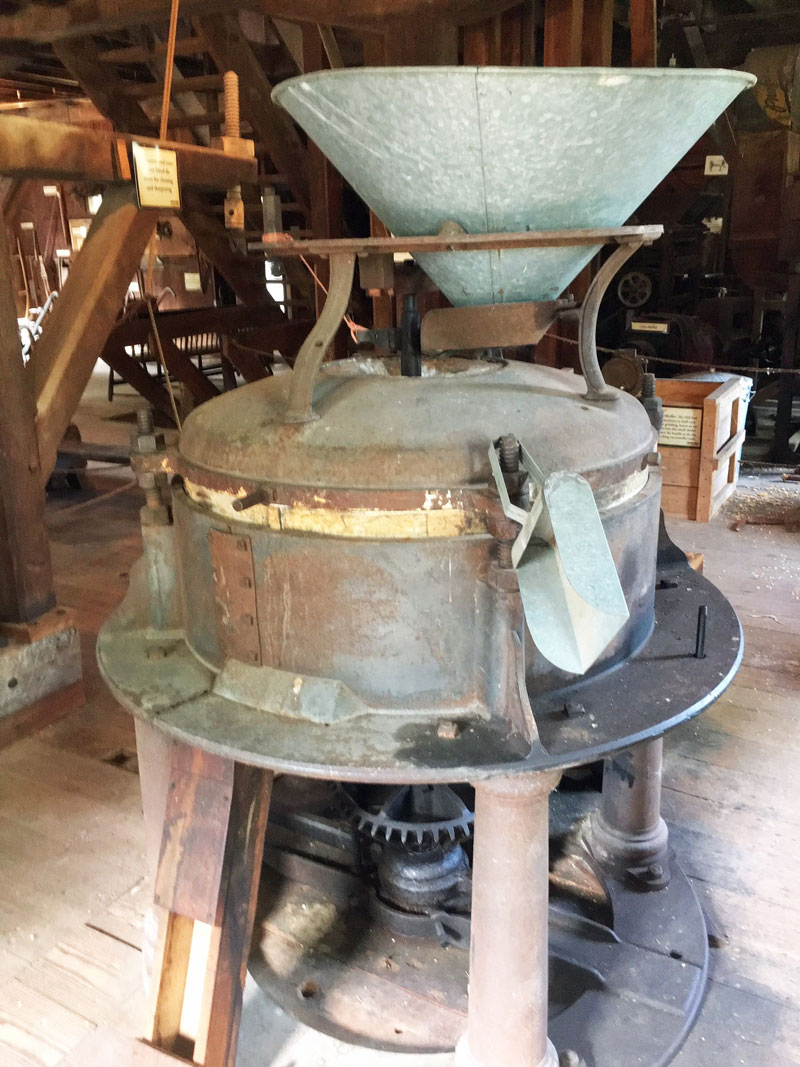 This 2,000-pound corn grinder greatly increased production beyond the capacity of the original mill. The present mill is on the National Register of Historic Places.