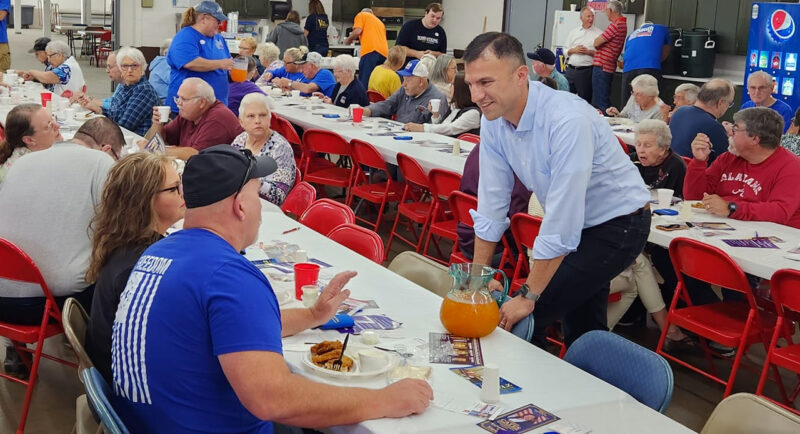 WARSAW — Despite some tasty fried fish and colorful tabletop candidate displays, the Kosciusko County GOP Fish Fry was a little less inviting this year for some.

For the first time in memory, Republicans who are supporting an independent candidate for sheriff were turned away from the GOP Fish Fry at the county fairgrounds Wednesday, Oct. 5.

InkFreeNews did not witness the incident, but Republican County Chair Mike Ragan confirmed that Shane Bucher, a chief deputy in the sheriff’s office; and two others who were wearing shirts supporting independent sheriff’s candidate James Marshall were told to leave after they arrived.

Bucher, a Van Buren Township Board member who is on the Republican ticket in the upcoming election, arrived with his son and the son of James Marshall.

The three were confronted by Ragan as they stood in line to pay for their meals.

Ragan said he offered them an option: “You can either go change shirts or go somewhere else. You’re not staying here.”

Some arguing persisted before former GOP chair Jean Northenor directed Bucher and the others to the exit.

Ragan said he considered it to be an unacceptable stunt and said he thinks it’s a case of sour grapes over the primary.

Bucher is married to the sister of Dukes.

“They were looking for trouble. They knew there would be pushback,” Ragan said Thursday. “I had no choice. There’s no way in the world I could have let them come in and do that.”

Ragan said it’s unacceptable for Republicans to actively support candidates outside of the Republican Party. Doing so, he said, leaves them in “not good standing” with the party.

Ragan said he hopes the incident sends a message to others in the future.

“I hope it never happens again,” he said. “It’s nothing personal. They just can’t wear campaign material into our event.”

Bucher said Thursday afternoon that he did not intend to cause trouble.

For him, it boils down to the First Amendment and the right to support any candidate.

Conversely, Bucher said he thinks the party should stand by all of its candidates despite individual differences of opinion.

He said he has received some support from Republicans who thought the move was wrong.

He said he thinks Ragan should have reached out to him privately rather than doing it in public.

The dustup stands out as one of the rare public divisions within the local Republican Party.

“I’ve been a strong Republican … and this is what I get?” Bucher said.

Out of respect for the party, Bucher said he reached out to others afterward who he knew planned to do the same thing and asked them not to follow suit.

According to more than one person, Bucher was heckled by some as he left.

Statewide candidates at the event included Diego Morales, a candidate for Secretary of State; and Tera Klutz, the incumbent state auditor.

Also in attendance was Rudy Yakym, who was nominated on Aug. 20 to run for the 2nd District Congressional seat after Rep. Jackie Walorski was killed in a car accident seventeen days earlier.

Yakym, who is working quickly to connect with the entire congressional district – and does not yet have yard signs in the area –  spent much of his day Wednesday in Warsaw meeting a long list of community leaders before heading to the Fish Fry around 4 p.m.

Yakym served food to guests and chatted for much of the three-hour event, but declined to talk with two reporters. He offered instead to schedule a time when he returns to Warsaw before Election Day.

Earlier in the week, Yakym chose to not participate in a debate with his opponents, Democrat Paul Steury and Libertarian William Henry.

Morales embraced the chance to talk with a reporter on Wednesday.

The former employee of the Secretary of State’s office has fended off two recent controversies including two concerning allegations of sexual misconduct.

Morales has denied the claims and said Wednesday that the motivations are political.

“This is a (move) used unfortunately by Democrats who are putting this out there 30 days before the election,” Morales said.

He also defended his status as a military veteran despite some who have questioned whether his background qualifies for such a status.

“When I volunteered in the U.S. Military, I had a green card in my wallet. I was not even a U.S. citizen. That’s how much I showed my love and gratitude to Indiana and America.” 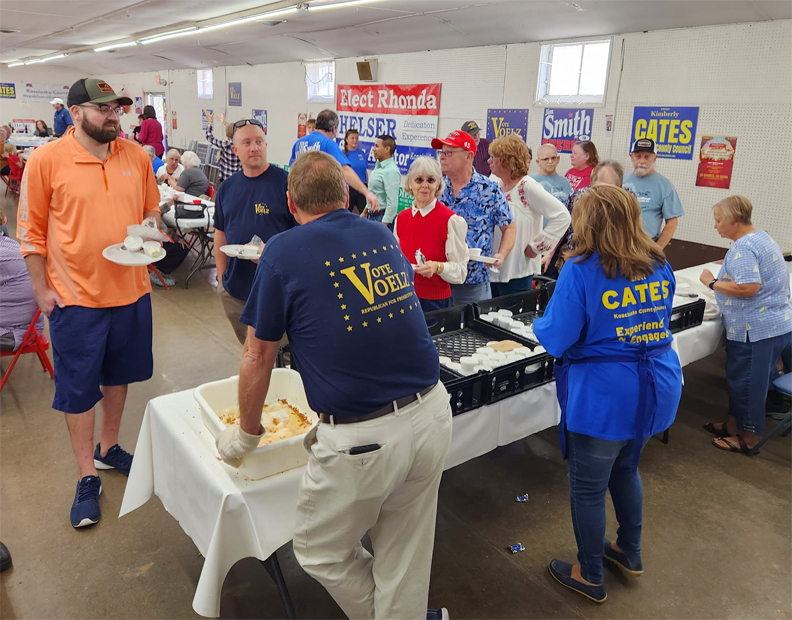 Brad Voelz, a candidate for the prosecutor, and Kimberly Cates, an incumbent county council candidate (both with their backs to the camera), helped serve food Wednesday at the fish fry in Warsaw. InkFreeNews photo by Dan Spalding. 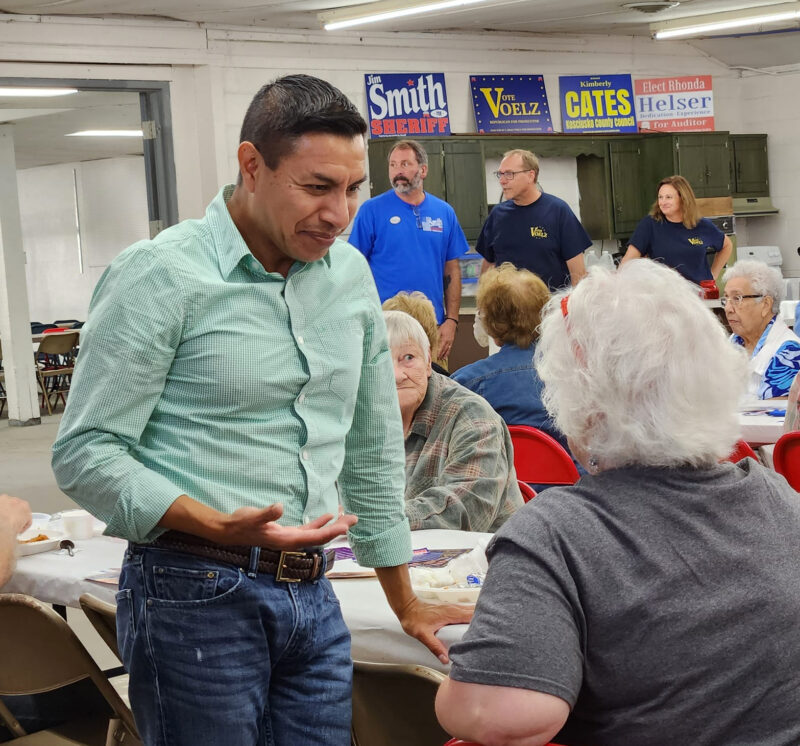 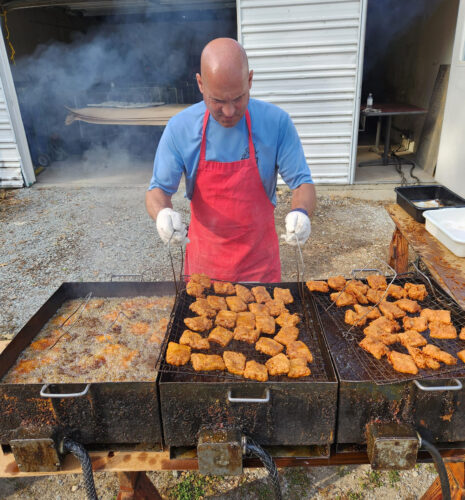