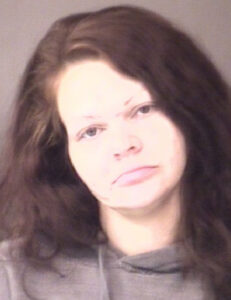 WARSAW — A Warsaw woman was recently arrested after officers allegedly found a stolen trailer and illegal drugs at her home.

On Sept. 20, Winona Lake’s chief deputy received information about a stolen trailer being stored at a residence in Warsaw. The chief deputy drove to the location and found a spray painted trailer.

The chief deputy was assisted at the scene by a Kosciusko County Sheriff’s Office deputy, who confirmed the trailer at the home was one reported stolen on Aug. 16. Officers were then granted a search warrant for Bolt’s home and found less than a gram of marijuana, paraphernalia with methamphetamine residue, and a baby bottle that had been converted into a smoking device. A child was in the home at the time of this incident.

Bolt was previously convicted of methamphetamine possession in Elkhart County in October 2015.

For this case, Bolt was booked in the Kosciusko County Jail on Sept. 20, with a $5,250 surety and cash bond.