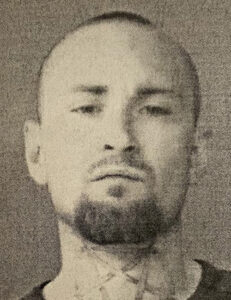 Flenner was sentenced in Kosciusko Superior Court One on Monday, Sept. 26.

In total, Flenner was sentenced to three year at DoC and two years on probation. He has a total of 123 days of jail time credit for the cases.

In April 2020, a Warsaw Police officer responded to a report of a stolen moped. A man said his moped was stolen overnight from the front yard of his residence.

In August 2020, a Warsaw Police officer noticed a moped traveling on Zimmer Road without a state registration plate. The officer pulled the moped over and identified its driver as Flenner.

According to court documents, Flenner said the moped belonged to his girlfriend. He told the officer he didn’t have any proof of ownership of the vehicle or its registration. The officer noticed the moped’s vehicle identification number had been scratched off and identified the moped as the one stolen in April 2020.

In May 2022, an Indiana State Trooper was in the area of Beaver Dam Lake when he noticed a blue motorcycle traveling 70 mph in a 55 mph zone. The trooper pulled the motorcycle over and identified its driver as Flenner.

Flenner told the trooper his license was suspended. The trooper later learned the motorcycle was reported stolen from South Bend in March 2022.

In June 2022, a Mentone Police officer passed a motorcycle traveling 61 mph in a 55 mph zone. A vehicle pursuit occurred, with the motorcyclist reaching speeds of 105 mph and disregarding a stop sign. Eventually, the motorcycle stopped, with its driver identified as Flenner.

It was later determined that Flenner’s driver’s license was suspended. Flenner actively resisted placement into a police vehicle and also resisted officers’ commands while at the Kosciusko County Jail.