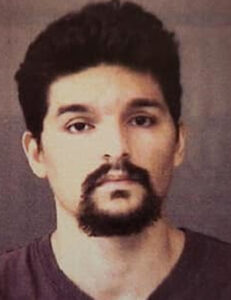 WARSAW — A Warsaw man was arrested after officers allegedly found child pornography on his phone.

On Sept. 3, a Warsaw Police officer spoke with a woman who was at a store to have a cellphone’s data transferred. When the store employee was finished working with her cellular devices, she claimed digital photographs were missing. She said Garcia was the employee who was working on her phone.

According to court documents, Garcia said he did not delete or transfer any digital photos from the woman’s cellphone. Garcia consented to his phone being searched.

A forensic download of Garcia’s cellphone led to the discovery of two images depicting sexual conduct by a child who appeared to be younger than 12. The images were stored in a hidden folder on a phone, which is password-protected, according to court paperwork.

Garcia has already been arrested and has an initial hearing at 11 a.m. Monday, Sept. 26.