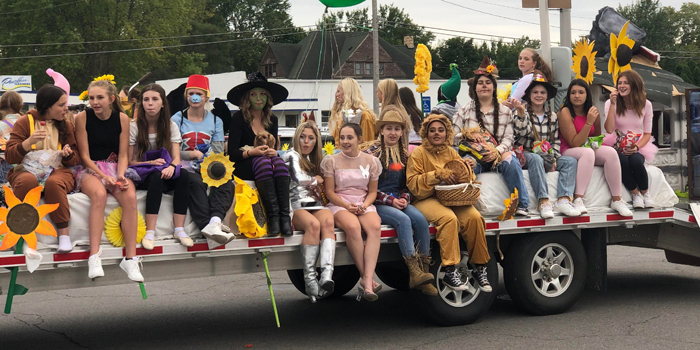 Warsaw Community High School’s cheerleading program based their float around Kansas with a “Wizard of Oz” theme. InkFreeNews photos by Liz Shepherd.

The high school’s sports teams and clubs brought out their creative side through decorated floats. Many in the community gathered in downtown Warsaw to watch the parade while kids enjoyed candy thrown by the parade’s participants.

The grand marshal for this year’s parade was Barbara Beck, who recently retired from WCHS after working in the Media Center.

WCHS’s football team is playing against Mishawaka tonight, with homecoming court to be announced at halftime. 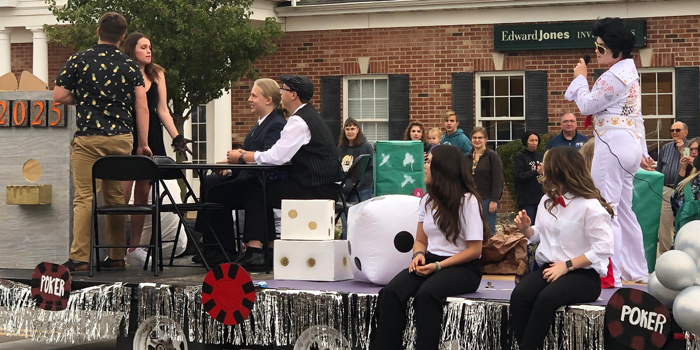 A float themed around Nevada, specifically Las Vegas, was one of many floats at the homecoming parade. 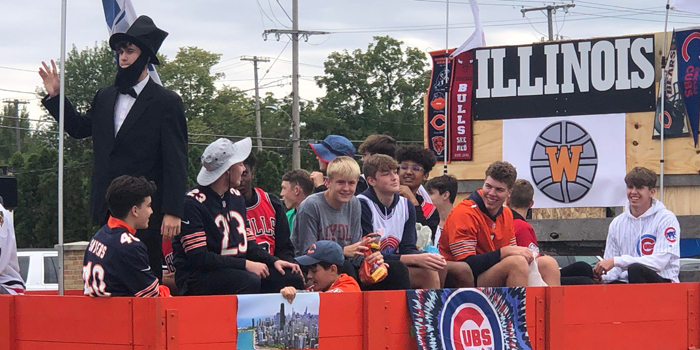 This float themed around Illinois focused on sports and Abraham Lincoln. 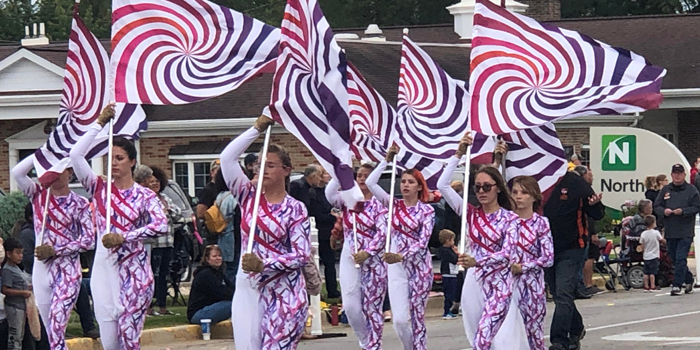 Members of WCHS’s color guard perform during the homecoming parade.