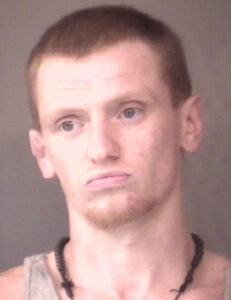 On June 23, a Kosciusko County Sheriff’s deputy went to a location in Silver Lake regarding a theft. The deputy spoke with a man and woman about a dirt bike and ATV being stolen from their garage.

On June 24, the deputy received an email from the woman, who said that Ethan W.M. Robinette, Silver Lake, may have stolen the vehicles.

A Silver Lake Police officer was told by the woman that she learned her friend’s child saw Niccum and Robinette riding the stolen dirt bike and ATV at a home in Silver Lake.

On June 30, a Silver Lake Police officer interviewed the owner of the home where Niccum and Robinette were seen riding the stolen vehicles. The homeowner said she did not see anyone riding a stolen dirt bike or ATV at her residence, but was informed about the incident. She said that both Niccum and Robinette had resided there until June 23. After she was informed about the theft, the homeowner told Robinette he was no longer welcome at her residence.

Robinette allegedly told Niccum he was going to take the vehicles to Athens. Niccum told officers he didn’t ask where the vehicles came from because he assumed they were stolen. Niccum drove the dirt bike and Robinette drove the ATV to a location in Athens.

Niccum showed the officers where the vehicles were taken via Google Maps. Officers went to that location on July 6 and searched for the stolen vehicles, but were unable to locate them.

Niccum was booked in the Kosciusko County Jail on Sept. 14.