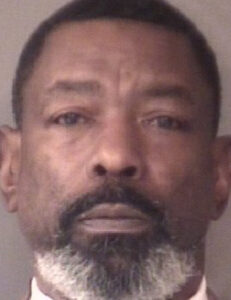 WARSAW — A man from California was found guilty in a three-day jury trial after DNA analysis connected him to a rape incident that occurred in Warsaw more than 22 years ago.

On Nov. 24, 1999, a woman contacted the Indiana State Police to report that she had been raped by a man on Nov. 23, 1999, in the Warsaw area. During the course of the investigation, the woman submitted to a rape examination and rape kit collection. The rape kit, as well as the woman’s clothing, were submitted to a police laboratory for testing to find DNA evidence.

The woman was then interviewed by an Indiana State Trooper. According to court documents, the woman said that on Nov. 23, 1999, she was driving when she experienced car trouble in Warsaw. She stopped at a gas station in downtown Warsaw to check the transmission fluid on her vehicle.

While the woman was checking her vehicle, a man approached her from behind and said, “Let’s take a ride.” She described the suspect as a black man with facial hair; however, the woman said the facial hair didn’t appear real, as it was sticky and peeled off. The woman said the man was armed with a knife.

The man ordered the woman into her vehicle and took off driving with her inside. He then drove to a remote wooded area, used the knife to remove the woman’s clothes, and held the knife to her throat.

After a period of time, the man stopped and fled into a wooded area. The woman was able to drive her vehicle away from the scene of the sexual assault and find her way home.

ISP, with cooperation from Kosciusko County law enforcement agencies, conducted an investigation on the incident but were unable to identify the man at that time.

On April 15, 2019, almost 20 years after the incident, officers received an email from a forensic scientist at the ISP laboratory. The forensic officer said a search of the Combined DNA Index System resulted in a computer match between a convicted offender sample from Todd, and a portion of the DNA profile obtained from the woman’s clothing.

In June 2019, a search warrant was executed on Todd and swabs for DNA were collected. These swabs were taken to a police laboratory for analysis.

Stanko filed a motion to dismiss battery and intimidation charges that were initially filed against Todd. These charges were dismissed.

After being found guilty of rape and kidnapping, Todd was remanded to the custody of the Kosciusko County Sheriff and is being held without bond pending sentencing.