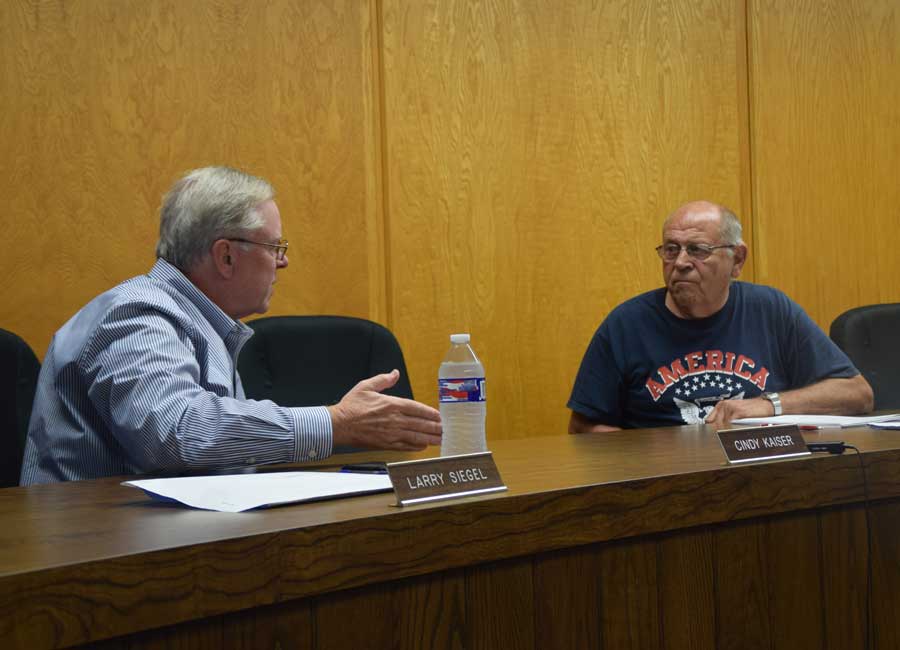 SYRACUSE — The Syracuse Town Council approved the first reading of the 2023 budget during its regular meeting Tuesday evening, Sept. 20.

The proposed budget is $6,320,041. There were no comments regarding the budget during the public hearing.

The council approved the rezoning of 202 E. Benton St. from public use to residential at the recommendation of the Area Planning Department. The council passed the annexation of properties on Kern Road in a final vote during the meeting.

Chris Harrison, from Commonwealth Engineers, made the request to postpone the Main Street and Railroad Road project to the spring. The project is to expand the turn radius and add a turn lane.

Harrison explained the project is running into a tight time frame with a two-week window to complete paperwork and get CSX flaggers in place before the asphalt plants close for the season. The agreement between CSX and the town and payment of $36,761 must be signed and returned.

The council also approved a change order which involved covering the additional cost for insurance for contractors. Harrison explained CSX has insurance requirements that did not match what was in the contract documents. The cost was $2,915 and the project was extended to May 26, 2023.

Aurich reported he received a quote for the materials for the Lakeside Water Loop. At the July 19 council meeting, the council approved budgeting $70,000 for materials. The quote Aurich received was for $82,915. He requested $90,000 which will cover materials for the Lakeside Water Loop and piping for the Oakwood Lift Station. The council approved the additional $20,000.

Aurich also presented an agreement with the Indiana Department of Environmental Management which needs to be signed by Bill Musser, council president, and Jay Rigdon, town attorney.

Fire Chief Mickey Scott requested $7,960.12 from the equipment fund for emergency lights and plumbing parts on the new fire rescue boat. Scott explained the boat will have a rescue pump on it. Scott told the council the fire department has been working with a local boat company on building the boat.

After hearing the new rescue boat will cost $55,000, the council approved the fire territory spending up to $55,000. Scott also asked the council to remember Joe Anderson, who spent 50 years on the fire department. Anderson died recently.