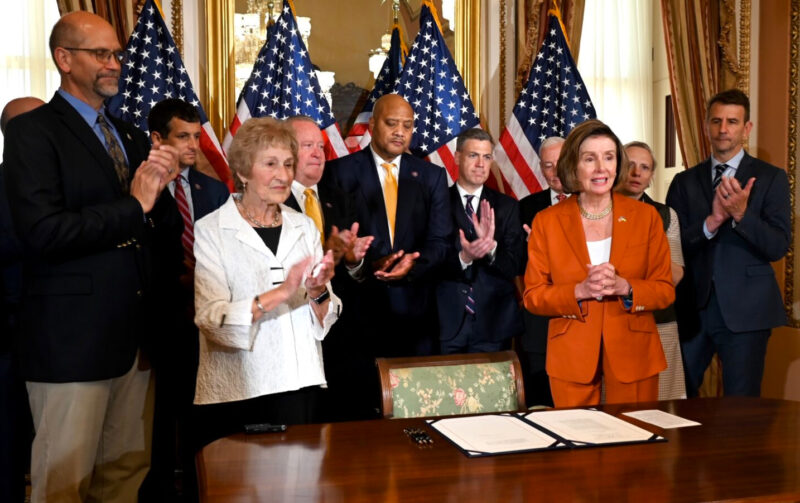 Congresswoman Jackie Walorski served on the House Committee on Veteran’s Affairs for two terms, where she worked tirelessly to provide Hoosier veterans with quality care and advocated for the construction of a VA Clinic in Mishawaka.

She died Aug. 3 in a tragic car accident in Elkhart County. Two staffers and the driver of another car also died. A recent sheriff’s office report said evidence from the crash reconstruction, including information from the car’s “black box,” showed the Toyota she was riding in was traveling at 82 mph five seconds before the crash. The driver was Zachery Potts, who was trying to pass a truck on the left when the collision occurred.

Congressman Jim Banks, R-2nd, said “Today was an extremely emotional day in Congress for those who were lucky enough to know Congresswoman Walorski. It provided me with some closure and I hope the friends and colleagues we shared feel the same way. I’d like to thank Speaker Pelosi for honoring Rep. Walorski’s memory by hosting today’s ceremonial bill signing and bringing H.R.8656 to the House floor for speedy passage. I’d like to thank the rest of the Indiana delegation for coming together during a difficult time for us all and especially for the support they’ve offered the Walorski family.”

Pelosi welcomed Walorski’s husband, Dean Swihart, and expressed her condolences to the staff as well.

“I want them to know they will never be forgotten,” she said.

A special election is scheduled for Nov 8 to finish Walorski’s term while the general election will choose her successor.