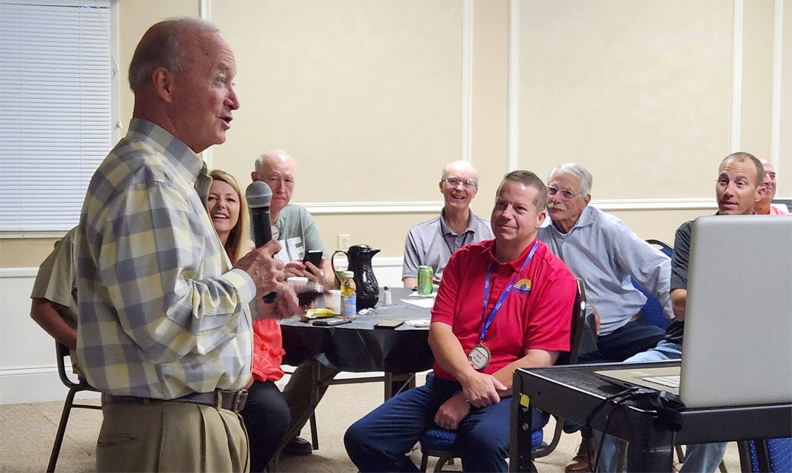 The former Indiana governor who previously served as director of the Office of Management and Budget under President George W. Bush, criticized the move made by Biden to forgive upward of about $600 billion in student debt.

The topic came up Wednesday while Daniels spoke to about 120 people at the Warsaw Breakfast Optimist Club at the Kosciusko County Fairgrounds.

He clarified that the debt was not canceled, but rather transferred to taxpayers.

He said the move is incredibly unfair to those who paid back loans.

“A whole lot of people who got that debt forgiveness are already making high incomes and many more are on their way to,” he said.

He also called it an “incredible affront” to the U.S. Constitution and the rule of law.

“No president of any party should have the right with the stroke of a pen to spend $600 billion,” Daniels said, adding he hopes it ends up in court.

On top of that, Daniels said the decision is essentially “a bad moral lesson to show people you can just walk away from an obligation” with no consequences.

Daniels has served as president at Purdue since 2013 and announced earlier this year plans to step down at the end of the year.

His pending resignation has led to some speculation that he could return to elected office, but Daniels downplayed any of that.

He indirectly avoided a question about running for governor in 2024.

He was asked about running for president and said he considered it 10 years ago and hasn’t looked back since.

Much of his presentation focused on the success Purdue has seen in the past decade under his leadership including the freezing of tuition for 10 years.

Daniels recalled urging the university to end the string of 36 consecutive tuition hikes when he arrived. The first freeze started as “a one-year timeout,” he said.

“I freely confess at the outset I had no conception that we could even do it a second year, let alone a string of 11.”

“On a campus where people argue about all kinds of things, I think there is pretty near unanimity that this is a good thing,” he said. 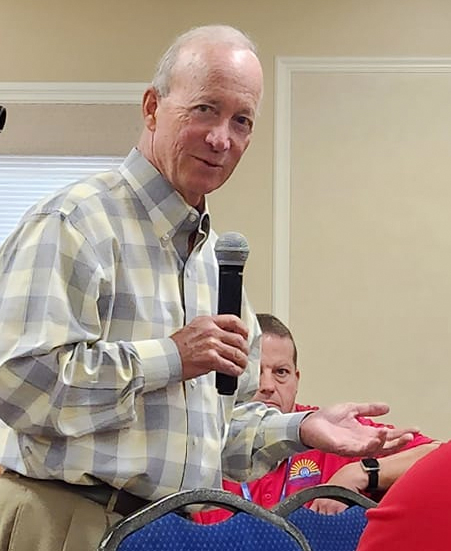 Daniels speaks at the meeting. InkFreeNews photo by Dan Spalding.