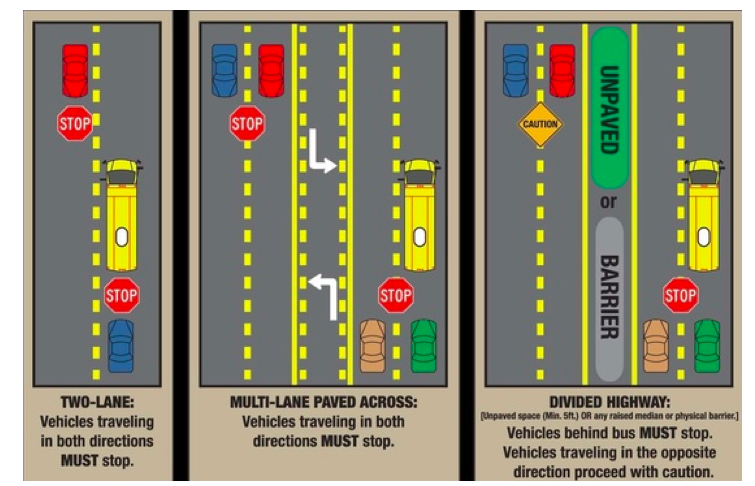 Warsaw Community Schools has seen 58 school bus stop arm violations since the 2022-23 school year started. This graphic depicts when to stop for a stopped school bus.

WCS Transportation Director Mark Fick discussed this information with the Board of Trustees during a Sept. 20 meeting. Warsaw Police Department has also recently posted about local school bus stop arm violations on their Facebook page.

Fick presented a video clip from a school bus stop arm to the board. In the clip, a vehicle disregarded a stopped school bus with an extended, flashing stop arm while headed south toward Harrison Elementary School. Fick noted that the vehicle in the video was recently recorded violating an extended bus stop arm a second time.

The video clip has been sent to local law enforcement and WCS administrative staff.

School bus safety has taken a more prominent policy issue in Indiana after a school bus accident killed three youngsters near Rochester in 2018.

Aside from bus stop arm violations, Fick said the transportation department has about 4,300 students in the district who rely on buses getting them to and from school.

When Fick began working for WCS, the district had 58 bus routes. Now, WCS has 33 bus routes. WCS Superintendent Dr. David Hoffert and Board Member Elle Turley commended Fick and his staff for their efforts in consolidating the routes.

New bus drivers are now required to take a three-day course for their certification. Fick said he’s hired five drivers who will be taking the course in early October.

In other business, Chief Financial Officer April Fitterling reviewed the school district’s 2023 budget with board members.

Fitterling is advertising a $1.18 tax rate for the 2023 budget but noted that the rate was advertised high since the school district had not received its assessed value while the budget was being worked on. She said that 2023’s tax rate will be around $0.92.

A public hearing on the budget will be held during the board’s Sept. 26 meeting, with adoption to take place in October.

As of two weeks ago, construction work at Warsaw Community High School has officially started. Director of Maintenance Jim LeMasters said that work is currently ahead of schedule.

Student athletes have been assisting with moving items from areas scheduled for demolition. 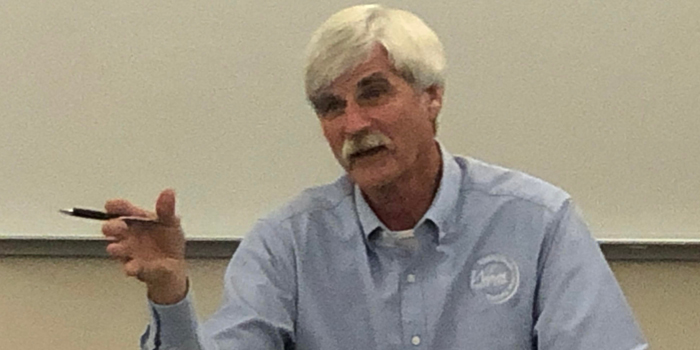