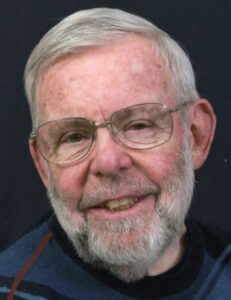 He was born Nov. 24, 1937, at the Dr. Carneal Hospital in Winamac,  weighing in at 8 pounds 8 ounces to Frances Mildred (Leap) Sims and Jesse Edward Sims. Loran was great about sharing childhood stories, and writing down his thoughts, he penned… “Since birthrate was low during what is now called the Great Depression, I was probably not a “planned” baby, but I was certainly welcomed! Being the first child of my parents and first grandchild of the Leaps”.

His family moved to Culver in 1943 where he was a 1955 graduate of Culver High School. Loran was very intelligent and earned his Bachelor of Arts in English and Science in 1959 from Manchester University in North Manchester. He served in the Army National Guard for eight years from 1955 until his discharge Sept. 7, 1963, in units in Warsaw and Wabash. Loran joined R.R. Donnelley & Sons in Warsaw from 1959, transferring in 1980 to Lancaster, Pa. He returned to Warsaw in 1994 and retired in April 1997 after 38 and a half years with Donnelley’s. He also worked part time at Bertsch Vending, Heartland Coffee and Zale Drugs in Warsaw. 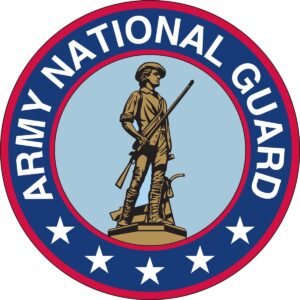 On June 9, 1978, he married Linda Lee (Lozier) Phillips at First United Methodist Church in Warsaw. They were blessed to share 44 years of marriage before Loran passed away. He and Linda traveled extensively, touring 49 states, visiting 46 state capitals and most of the U.S. presidents’ birthplaces. They were fortunate to have visited 15 countries in the United Kingdom, Scandinavia and Europe on 13 extended overseas trips.

Loran was community minded and gave back by serving on the boards of the Kosciusko Community YMCA, City-County Athletic Complex, Northern Indiana Credit Union and the Kosciusko County Historical Society. He was a former member of Warsaw Kiwanis Club, Warsaw Noon Optimist Club and a member of the Barbershop Singing Society in Columbia City and in Lancaster, Pa.

Loran accepted Jesus as his Lord and Savior at the age of 12 at Culver EUB Church. Throughout his life, he continued to serve his Lord in several areas as a Sunday School teacher, small group leader, lay leader at Walnut Creek United Methodist Church in Warsaw, elder at Warsaw Presbyterian Church and trustee at Warsaw First United Methodist Church. Loran LOVED to sing and was a singer since the age of three, singing in several church choirs during his lifetime, in gospel quartets, Royal Sons, Glory Jones, Tidings of Joy and in barbershop quartets, Chain Gang, and two Sounds of Hope European Tours in 1979 and 1984.

More than anything, Loran loved his family and he especially loved family gatherings. He always made himself available to attend the many grand and great-grandchildren’s school and sporting events. Loran had a big heart for his family and his Lord and will forever be remembered as a loving husband, father, grandfather, great-grandfather and friend to many.

Loran’s life will be celebrated with a service at 1 p.m. Wednesday, Sept. 21, 2022, at First United Methodist Church of Warsaw, 179 S. Indiana St., Warsaw, and officiated by Pastor Brian Smith, Chaplain Bryan Benjamin and Pastor LeRoy Wise. A graveside service will follow at Oakwood Cemetery, Warsaw. Visitation will be held from 4–7 p.m. Tuesday, Sept. 20, 2022, at Redpath-Fruth Funeral Home, 225 Argonne Road, Warsaw. There will be one hour of visitation prior to the service from noon to 1 p.m. Wednesday, Sept. 21, at the church.