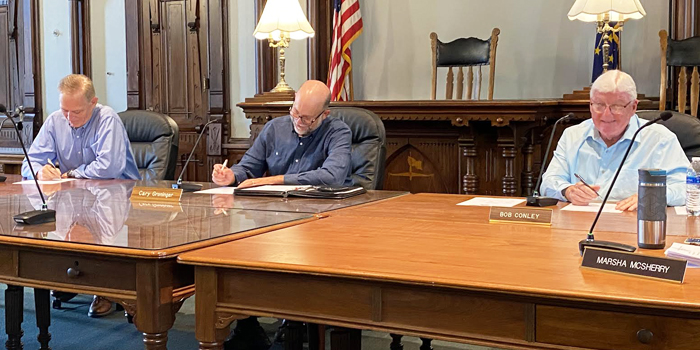 At their meeting on Tuesday, Sept. 13, the Kosciusko County Commissioners approved a request brought by EMA Director Ed Rock to apply for two Emergency Management Performance grants for the agency. Rock said he’s applied for the grants in previous years.

“They are issued through the state, but (they are) federal grants,” explained Rock to InkFreeNews following the meeting.

One is for $55,000, which if received would reimburse about 50% of the salaries for the department’s staff for 2023. The other is for $20,000, which could pay for various things if received, explained Rock.

“It could help with the communications things that we’re doing right now,” he said, noting that could be for “handheld or personal use radios.”

“But we may also decide to say, ‘Nope, we’re going to enhance our emergency operations center. We’re going to add computers to it’ or something like that, so it’s any number of things like that,” said Rock.

In other business, the commissioners:

The commissioners’ next meeting is set for 9 a.m. Tuesday, Sept. 27, at the Kosciusko County Courthouse’s Old Courtroom. 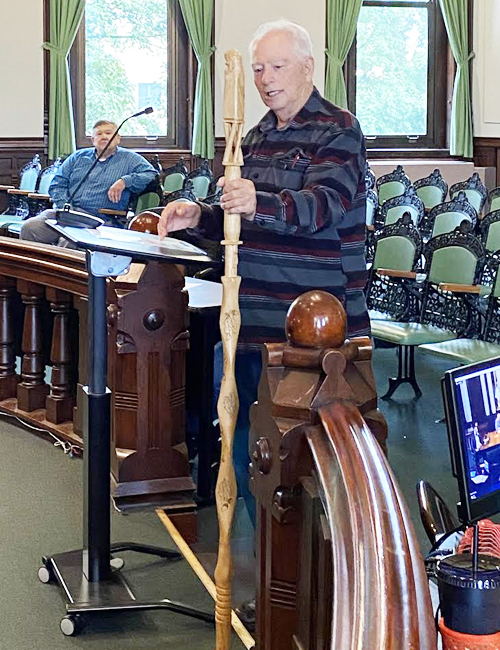 Brent Julian shows off a piece of his woodworking during the commissioners’ meeting.