GOSHEN — The Paul Steury for Congress campaign is excited to announce the opening of a headquarters in downtown Goshen. 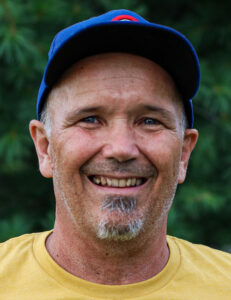 With the support of the community, the campaign has chosen to locate in downtown Goshen to support the headquarters’ neighbors and local business owners. Steury is a resident of Goshen, and the location is convenient to most of Congressional District 2, which Steury is seeking to represent.

A grand opening is planned for 1 p.m. Saturday, Aug. 27, featuring many prominent local elected officials including Megan Eichorn, Goshen City Council, as well as several candidates running for seats in the 2022 mid-term election, such as Amanda Qualls for House District 49 and Camden Chaffee for House District 21.

Members of the public are invited to attend the grand opening to meet the candidates and see the new space, located at 134 S. Main St., Goshen.

The campaign is seeking volunteers; information on how to help will be available as well.

The Paul Steury for Congress campaign headquarters is expected to be open 10 a.m. to 4 p.m. Monday through Thursday and noon to 6 p.m. Friday and Saturday, with other hours to line up with special events.