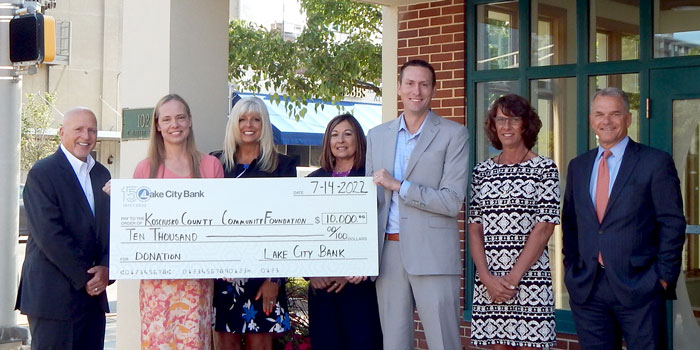 This gift is part of the bank’s 150th-anniversary celebration, a year-long commemoration of the bank’s history and commitment to the communities it serves. To mark the anniversary, the bank announced a donation of $150,000 to community foundations in Indiana, in the form of $10,000 gifts to the 15 community foundations in counties where the bank operates.

Lake City Bank, a $6.3 billion bank headquartered in Warsaw, is the seventh largest bank headquartered in the state, and the largest bank 100% invested in Indiana. Lake City Bank operates 52 branch offices in northern and central Indiana, delivering technology-driven solutions in a client-centric way to individuals and businesses. The bank is the single bank subsidiary of Lakeland Financial Corporation. For more information, visit www.lakecitybank.com.