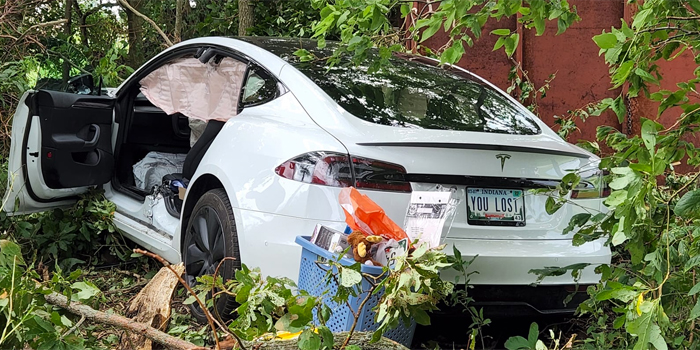 A Tesla crashed into a dense collection of trees on the north side of Mentone Tuesday, Aug. 9. InkFreeNews photo by Dan Spalding.

MENTONE — A woman who allegedly stole a Tesla in Mentone crashed it minutes later into a thicket of trees.

The accident happened shortly before 2 p.m. on a gravel road that leads to the town’s sewage plant.

The unidentified driver was airlifted by Lutheran Air to a hospital.

Mentone Town Marshal Jim Eads declined comment other than to say the woman entered a house in the middle of town and then took the car without permission.

Eads said the driver’s injuries were not life-threatening, but a thorough checkout was sought because of the nature of the high-speed crash.

A neighbor said she watched the theft unfold, ran to the car owner’s house and urged the woman not to take it. The driver then sped off at a high rate of speed.

The vehicle crashed about a mile away into clump of trees and heavy vegetation that required chain saws to clear a path to remove the vehicle. 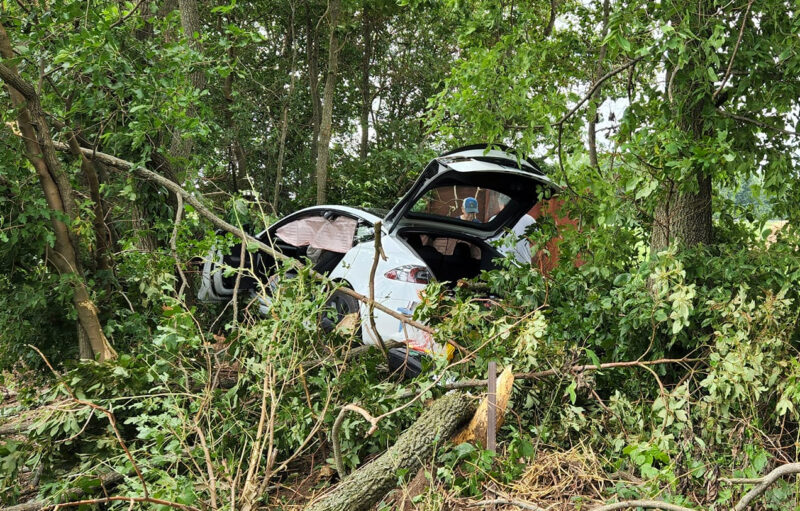 It appears the car crashed through several trees before stopping. InkFreeNews photo by Dan Spalding. 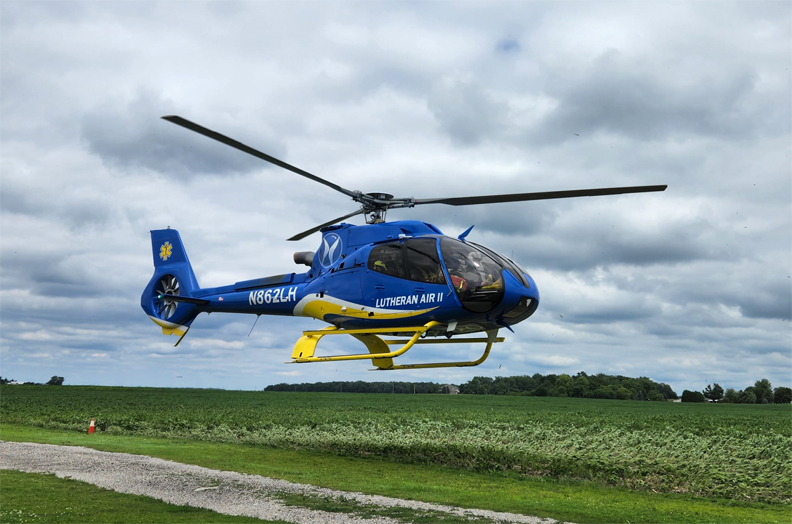 A Lutheran Air helicopter takes off after picking up an injured driver from a crash in Mentone. InkFreeNews photo by Dan Spalding.