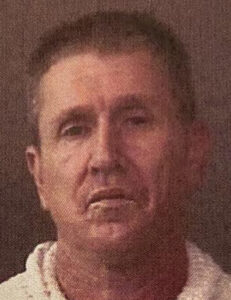 WARSAW — A Mentone man will serve eight years in prison after police discovered him in possession of one ounce of methamphetamine.

Dennis D. Meade, 54, 4929 S. 700W, Mentone, is charged with possession of methamphetamine, a level 3 felony; and resisting law enforcement, a class A misdemeanor. Two criminal charges, as well as two additional drug cases, were all dismissed as part of a plea agreement.

Meade was sentenced in Kosciusko Circuit Court on Monday, Aug. 8.

On Jan. 22, 2021, an officer with the NET43 Drug Task Force saw Meade in a Warsaw store. The officer had prior knowledge about Meade having a warrant for his arrest and notified an Indiana State Police trooper.

According to court documents, as the trooper went to the location, he noticed Meade get into a vehicle and turn west onto Center Street without properly using a turn signal. The trooper pulled Meade over and told him about the active warrant.

Meade became verbally combative and resisted when the trooper attempted to handcuff him. An off-duty officer saw the trooper and assisted in the arrest. Meade continued to resist and had to be taken to the ground by officers.

During court proceedings, Defense Attorney Travis Neff called Brian Jackson, a manager with Serenity House, for testimony. Serenity House is a local, transitional living program for those recovering from addiction.

Jackson said he’s known Meade for about two years and told the court that Meade has achieved a lot during that time.

Neff seconded Jackson’s testimony, stating that Meade has “done a plethora of work to change his life.” He requested Kosciusko Circuit Court Judge Michael Reed provide Meade with leniency and give him the opportunity to prove himself.

“I’ve taken every opportunity and keep seeking opportunities to better myself,” said Meade. “I’m changing my life for (my children) and I will keep walking this road that I’ve been on. Addiction is blinding and doesn’t let you see what’s important in life. I don’t want to go back to that life.”

Chief Deputy Prosecuting Attorney Brad Voelz told Meade that he was proud of his accomplishments but said the biggest part of owning responsibility is accepting consequences for his actions.

Judge Reed commended Meade on his sobriety but agreed with Voelz on accepting consequences.

“I don’t disagree with anything said in this court, but one ounce of meth is a lot of meth,” said Judge Reed.

For methamphetamine possession, Judge Reed sentenced Meade to eight years in prison. Meade also received a one-year sentence at the Kosciusko County Jail for resisting law enforcement. Both counts will be served concurrently, or at the same time. He recommended Meade for participation in Recovery While Incarcerated during his prison sentence.

Meade also has 22 days of jail time credit in the case.