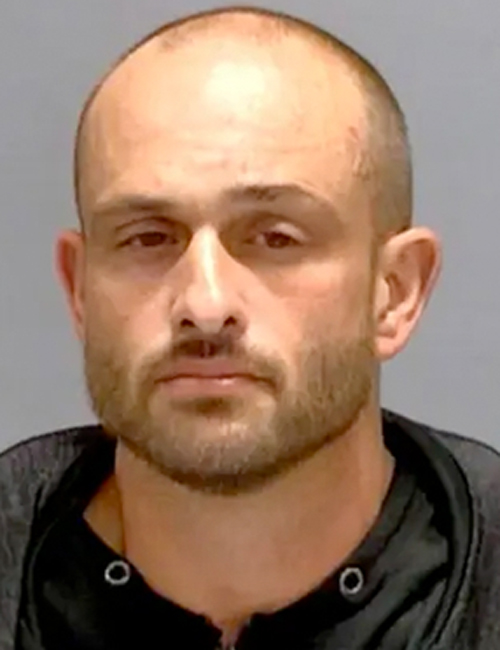 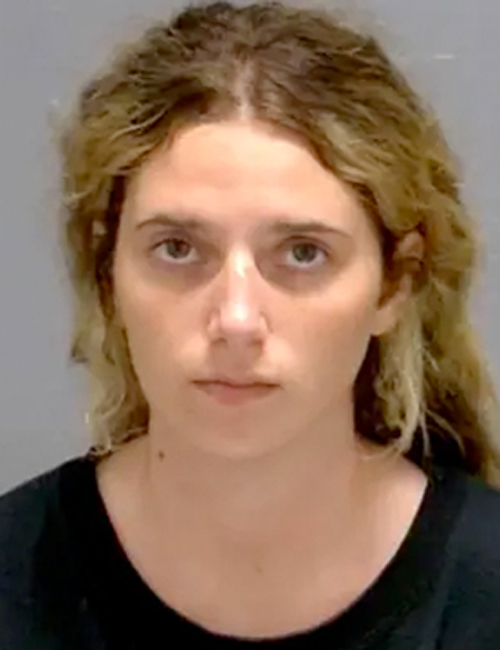 WARSAW – Two people wanted in connection to a July homicide in Indianapolis were arrested Thursday, Aug. 4, in Warsaw.

According to a news release issued Friday, Aug. 5, from the Indianapolis Metropolitan Police Department, 42-year-old Stephen Cartwright and 21-year-old Madison Fowler were arrested for their alleged involvement in a July homicide.

Just after 7 a.m. July 3, IMPD officers were dispatched to the 7000 block of Bretton Wood Drive on a report of a person shot, the release states. Officers arrived and found 31-year-old Medhat Saad outside. He suffered injuries consistent with a gunshot wound. Indianapolis Emergency Medical Services arrived, and Saad was pronounced dead at the scene.

IMPD homicide detectives responded to the scene and began their investigation. As the investigation continued, detectives were able to identify Cartwright and Fowler as the suspects.

The Indianapolis Star says the suspects were captured on video through a Ring Video Doorbell during the fatal shooting. Video footage shows the woman – later identified as Fowler – walk up to the front porch of the home, push a doorbell, then look into the camera and ask for a pitcher of water, saying her car had overheated.

The sound of the door being unlocked was captured by the camera, then Fowler moved out of the direct path of the door.

Cartwright is then seen approaching and pointing a firearm at the door. He pulled the trigger of the firearm and a bullet shattered glass on the door. The video captured him attempting to get the door open, then firing the weapon again. It also captured a distinct tattoo on his forearm. Cartwright then saw the doorbell camera, ducked his head, covered his face and then knocked the camera off the wall, according to the Indianapolis Star.

In an interview with a detective after the video and social media led police to Cartwright and Fowler, Fowler allegedly identified the woman and man from the doorbell video as herself and Cartwright, the Indianapolis Star reports. Fowler said they received information there was a substantial amount of money in the home and decided they were going to rob the homeowner.

Saad’s father was woken up by his son calling for help and then Cartwright coming upstairs and kicking in his bedroom door. Saad’s father was not hurt in the robbery, and after waiting for the intruders to leave, the father found his son downstairs bleeding on the floor. The father then ran next door to call for help.

The Indianapolis Star reported the father’s cell phone was stolen, turned off after the shooting, then turned back on in Greenwood and then again in Warsaw.

“Thanks to the outstanding work by the Warsaw Police Department, Indianapolis Violent Crimes Unit and Indiana State Police, both suspects were apprehended without further incident in Warsaw. Cartwright and Fowler were arrested for murder,” the IMPD release states.

Captain Brad Kellar, WPD public information officer, said Sunday evening, Aug. 7, that WPD was contacted by IMPD Thursday morning requesting assistance in their homicide investigation from the beginning of July. They believed two suspects were residing in the Warsaw area.

Police believed they were at one of two possible locations, Kellar said.

Officers converged on the residence and both suspects were taken into custody without incident.

After conducting interviews at WPD, Indianapolis investigators secured a search warrant through Marion County for 309 S. High St., Warsaw, where several subjects were originally detained. No other arrests were made in connection with the homicide investigation. However, additional evidence was seized and there was an unrelated arrest of an adult female for a local misdemeanor warrant, according to Kellar. The Kosciusko County Sheriff’s Office assisted on the execution of that search warrant.

Fowler previously was arrested and booked into the Kosciusko County Jail on May 22 for unauthorized entry of a motor vehicle. Her address was listed then as Milford.

Anyone with information about the July 3 shooting should contact IMPD Det. Brad Nuetzman at the Homicide Office at (317) 327-3475 or email him at [email protected]. Alternatively, they can call Crime Stoppers of Central Indiana at (317) 262-8477 (TIPS) to remain anonymous.