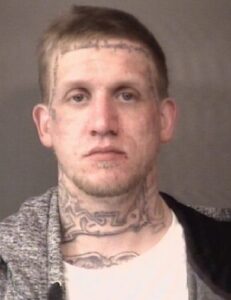 WARSAW — The Indiana Court of Appeals has affirmed the Kosciusko Circuit Court’s decision on sentencing Christopher Susaraba to 40 years in prison, after he dealt drugs to a Kosciusko County Jail inmate who overdosed and died.

Though the judges affirm Susaraba’s 40-year sentence, the Court of Appeals is remanding the case back to Kosciusko Circuit Court to vacate a merged offense of a trafficking with an inmate charge.

During a three-day jury trial in June 2021, Susaraba was found guilty of dealing in a controlled substance resulting in death, a level 1 felony; and trafficking with an inmate, a level 5 felony. The jury also found Susaraba guilty of being a habitual offender.

In July 2021, Kosciusko Circuit Court Judge Michael Reed sentenced Susaraba to 30 years in the Indiana Department of Correction. The trafficking with an inmate charge merged into the Level 1 felony. Judge Reed also added an additional 10 years to Susaraba’s sentence through the habitual offender enhancement.

Susaraba is currently serving his sentence at Miami Correctional Level 3 Facility, with a projected release date of March 6, 2053.

The merger was not mentioned throughout the appeals process and was “sua sponte” addressed by the court. “Sua sponte” is a Latin term used to indicate that a court has taken notice of an issue on its own accord.

The Court of Appeals ruled that since the trial court entered judgment of conviction on the trafficking with an inmate charge, “merging the offenses was not enough to resolve the court’s double jeopardy concern.”

“As the parties do not contest the trial court’s double jeopardy determination, we remand this case to the trial court to vacate the ‘merged’ offense of Level 5 felony trafficking with an inmate,” read the memorandum decision.

In his appeal, Susaraba argued that the State of Indiana dismissing his case and then re-filing charges within hours of a motion ruling due to the State’s unpreparedness shifted the burden of exercising due process confrontation rights to Susaraba.

Susaraba’s jury trial was initially scheduled to take place in March 2021. However, prior to the trial beginning, Deputy Prosecuting Attorney Matt Buehler requested the court continue the trial due to the state missing essential witnesses on toxicology tests. This motion was denied.

Buehler then made the motion to dismiss the criminal charges and re-file them under a different case number. Judge Reed allowed the motion.

The Court of Appeals agreed that refiling of charges did not impact Susaraba’s substantial rights.

“Dismissal and refiling of the same charges does not prejudice a defendant’s substantial rights when the State is not ready to prosecute in the first proceeding or when the State is attempting to avoid an adverse evidentiary ruling,” read the memorandum decision.

The Court also states that Susaraba failed to specify which witnesses he did not have the right to confront through the case’s dismissal and refiling.

“At trial, Susaraba cross-examined the witnesses who collected and tested (Dennis) McCrory’s blood,” read the memorandum decision. “He thus exercised his confrontation right as to the laboratory tests.”

McCrory is the KCJ inmate who overdosed and died.

The Court further argues about sufficiency of presented evidence showing Susaraba delivered the drugs resulting in McCrory’s death. In his appeal, Susaraba argued that direct proof of drug usage by McCrory, as well as Susaraba being the source of the drugs, depended solely upon testimony from Daniel Swafford.

Swafford was a jail inmate called to testify by the state during Susaraba’s trial.

“The prosecution did not rely solely on Swafford’s testimony,” read the memorandum decision. “The State called 12 witnesses, including James Walsh, who was part of the group who engaged in drug use with McCrory, Swafford, and Susaraba shortly before McCrory collapsed. Walsh testified that he was unaware of anyone but Susaraba dealing drugs in K block at the time. McCrory told his fiancée to deposit $150 into Susaraba’s commissary account either on the day before or day of McCrory’s death, and she did. Together with Swafford’s testimony, this circumstantial evidence suggested McCrory bought the drugs form Susaraba.”