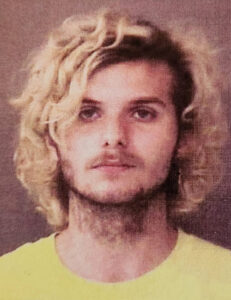 PIERCETON — A Pierceton man was arrested after allegedly battering a woman.

Aaron Lee Brown, 20, 8280 E. US 30 Lot 114, Pierceton, is charged with strangulation and battery resulting in moderate bodily injury, both level 6 felonies; and domestic battery, a class A misdemeanor.

On July 17, a Kosciusko County Sheriff’s Office deputy went to a Pierceton residence regarding a fight in progress. Upon arrival at the scene, the deputy saw several people near the home. One of the individuals that the deputy spoke with was Brown.

According to court documents, Brown said he and a woman had a verbal altercation, but that the incident was not physical. When the woman told one of Brown’s relatives about the incident, the relative began yelling at Brown.

Brown then said that one of his in-laws came to the home and got in his face; he pushed the in-law back by the throat. Brown told the deputy the in-law did not hit him during the incident.

Brown then allegedly grabbed the in-law by the throat and attempted to get on top of her. During the incident, the in-law sustained a large cut on her arm.

The deputy spoke with Brown’s relative, who said she saw Brown grab his in-law by the throat. She also told the deputy she believed that the in-law may have cut her arm on a staple sticking out of a wall during the incident. The relative said her husband punched Brown in the lip to defend the in-law.

When the deputy spoke with Brown again, Brown said his in-law was not physical toward him. He said the only physical parts of the incident occurred when he grabbed his in-law by the throat, and when his relative’s husband punched him.