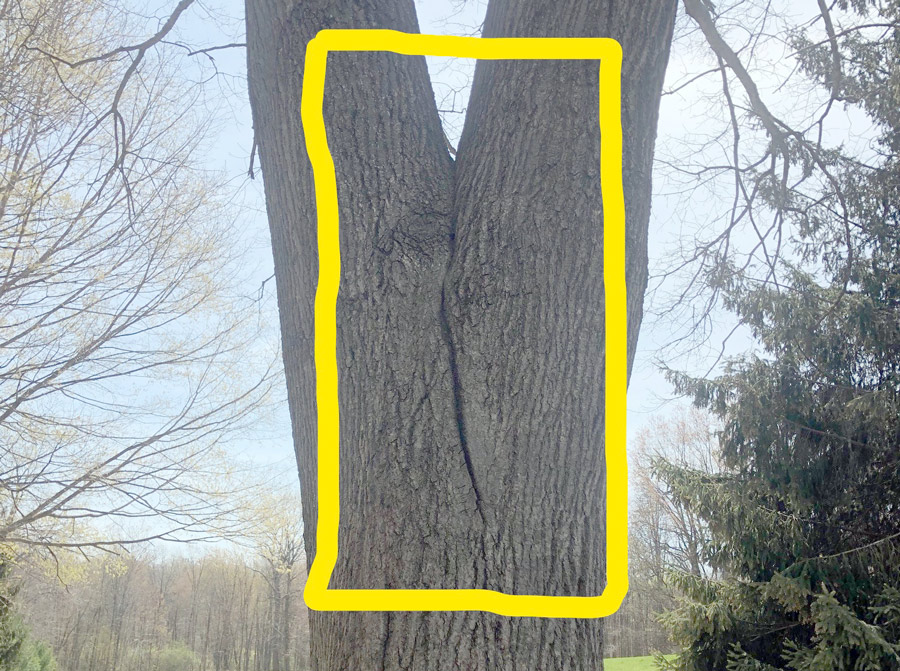 This is a photo of a yard tree with bark inclusion. Most likely, the top bud on this tree died when the tree was about 8 feet tall. The tree sprouted two new branches, which now rub each other, creating a wound and most likely collecting water when it rains. The heart of the tree is most likely hollow. Photo by Jeff Burbrink. 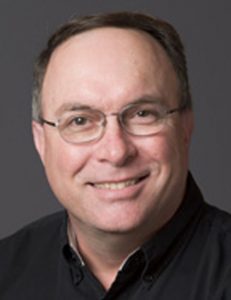 GOSHEN — I spoke to a person at the fair who had a walnut tree in his backyard. He had heard that walnut trees are valuable as timber and he was hoping to sell it, but had been turned down by several companies already.

Trees that grow in urban settings like cities or subdivisions often do not have much value aside from firewood. They are often riddled with foreign objects, like screws and nails, that were used to attach swings, birdfeeders, pet tie-outs and other backyard comforts. Old fence lines were often built using trees as living posts, and had fencing staples to them. Fencing also can be absorbed into growing trees, eventually becoming invisible to the eye.

The blades used by professional mills are large and quite expensive, often over $1,000. Not only can a small nail destroy such a blade, it can create a huge safety issue for the mill operator if the blade flies apart after contact with the object.

The remnants of metal in the trees can also discolor the wood, making it undesirable for veneer, the gold standard for a valuable tree.

There are other reasons that urban trees do not make good lumber. Trees growing in the forest tend to grow tall and thin, because they need to reach up to the canopy to get light. Tall trees with minimal branching are highly valued.

In contrast, urban trees do not need to reach high to get to the light. They often begin branching 6-10 feet off the ground. There is very little wood to harvest for timber. When trees grow branches lower to the ground, there is also a tendency to produce branching in the form of narrow V-shaped angles. At the tip of the V, the branches rub when the wind blows, creating a wound, which in turn tends to collect water, and begins to rot. This is called bark inclusion, and is very common in urban trees.

The other issue, logging companies rarely have the equipment and insurance needed for removing trees from urban settings.  Those companies are built to remove trees from a forest, where they do not need to worry about power lines, passersby and dropping trees on your house or car. Tree removal in an urban setting is best done by someone specialized in that service, like the arborists at treesaregood.org.

There are a few small mill operators in the area willing to take a chance on urban tree harvesting, but even they are picky about the trees they harvest for timber, versus the ones they recommend to be cut for firewood.  In most cases, urban trees are best removed by a professional arborist.