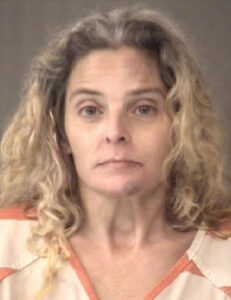 WARSAW — A four-day jury trial for a woman accused of killing a Warsaw man and attacking two others is set to begin at 8:30 a.m. Tuesday, Aug. 9, in Kosciusko Circuit Court.

If found guilty of murder, Wooldridge could face anywhere from 45 to 65 years in prison.

On Dec. 15, 2020, Kosciusko County Sheriff’s deputies went to a Warsaw residence on Westside Drive regarding a report of a stabbing incident. A woman at the home said Wooldridge had stabbed her husband and son. The woman gave officers a description of Wooldridge.

According to court documents, officers found the woman’s husband seriously injured in a living room. He had suffered at least one stab wound to the chest. Officers also found the woman’s son, Matthew A. Lucas, 42, Warsaw, in a bedroom. Lucas had multiple stab wounds to his neck, face and chest, and was pronounced dead at the scene by the Kosciusko County Coroner’s Office.

The woman’s husband was airlifted from the scene to Lutheran Hospital in Fort Wayne for medical treatment. 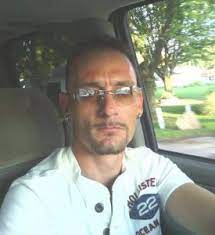 Officers spoke with the woman, who said she heard yelling in her residence. The woman’s husband told her he was yelling downstairs to Wooldridge and Lucas, who were arguing. A short time later, the woman heard more screaming and entered the living room, where she saw Wooldridge attacking her husband. The woman attempted to pull Wooldridge off of her husband when Wooldridge allegedly started attacking her.

Wooldridge hit the woman in the face. As the woman attempted to flee, Wooldridge tried multiple times to pull the woman back into the residence to stop her from leaving. Court documents state the woman required medical attention due to facial injuries, cuts to her hands and a loss of teeth from the attack.

An officer spoke with the woman’s husband, who said he heard yelling coming from downstairs, where Lucas and Wooldridge were at. He asked the two if everything was all right. Wooldridge said everything was fine.

The husband said a short time later, Wooldridge emerged from the basement, came up behind him and stabbed him in the chest while he was sitting in a chair. The husband yelled for his wife, who attempted to intervene. After his wife was safely out of the residence, the husband got a hold of Wooldridge’s weapon. Wooldridge then fled on foot.

Officers spent several hours searching the area for Wooldridge. A passerby reported seeing Wooldridge hiding in a dumpster several miles from the home. The passerby asked Wooldridge what was happening, at which time she got out of the dumpster and was taken into custody by law enforcement.

Wooldridge, along with her legal counsel, first notified Kosciusko Circuit Court that she intended to take the case to trial in October 2021.

Wooldridge is currently incarcerated in the Kosciusko County Jail.

InkFreeNews will be covering Wooldridge’s jury trial and will have a reporter in court for each day of proceedings.