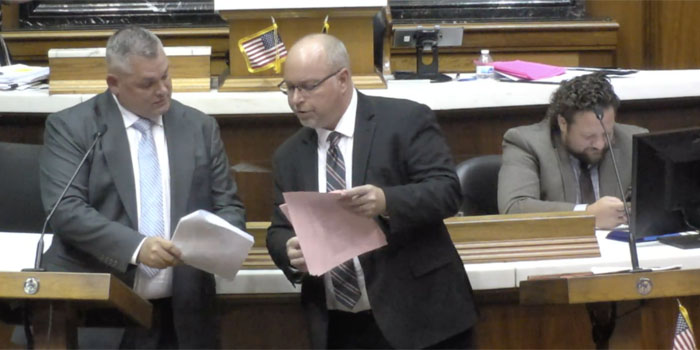 INDIANAPOLIS – House lawmakers on Thursday, Aug. 4, defeated amendments seeking to eliminate the exceptions for rape, incest and fatal fetal anomalies in a proposed abortion ban and redefined the exception for life of the mother to protect well-meaning physicians.

A full House vote is expected Friday. If it passes, the Senate can either accept the changes or send the bill to conference committee for further negotiation. The legislature is currently in a special session and had hoped to finish this week.

Rep. Karen Engleman, R-Georgetown, introduced an amendment that would have struck the rape and incest exceptions from the new abortion restrictions. Democrats questioned her about the amendment, noting the case of a 10-year-old rape victim from Ohio.

Engleman acknowledged young children would have to bring the fetus to term.

Complications could include life-long incontinence and life-threatening fistulas (often tears between reproductive organs and the bowel), she said

“Imagine a child of 80 pounds having a 7-pound baby coming through her birth canal,” Fleming said. “That is inhumane. We cannot do this to our children.”

“If a person is raped by their grandfather and you do an abortion and sweep it under the rug, does it stop it? I don’t think so,” Engleman said. “Just because the 10-year-old has a child doesn’t make them the mom.”

The amendment failed on a 39-61 vote, with 32 Republicans joining the Democratic caucus to vote against the proposal.

The House also resisted attempts from their own moderate members to maintain some unrestricted abortion access for a shorter period of time than current law.

Rep. Cindy Ziemke, R-Batesville, said her amendment would allow “discretionary” abortions up to 13 weeks based on the hours of testimony, phone calls and emails she’d absorbed.

“This allows at this time for a woman and her doctor to choose when to terminate her pregnancy,” Ziemke said. “This is to preserve women’s rights in this state so they do have those first 13 weeks to weigh and measure this decision.”

The amendment failed on a 34-64 vote, with six Republicans joining 29 Democrats against the bill.