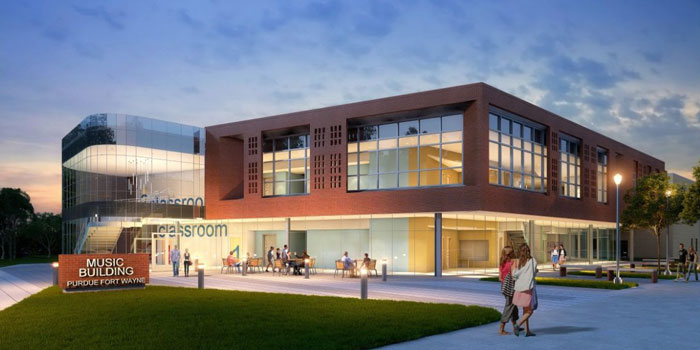 FORT WAYNE — From the moment Purdue University Fort Wayne first opened the doors of its music technology center on the Sweetwater corporate campus in 2018, interest in the university’s popular music and music industry programs has soared. 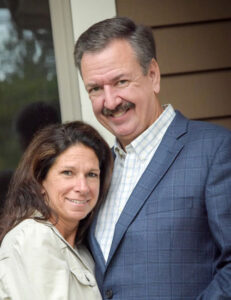 In fact, Purdue Fort Wayne and its School of Music have quickly outgrown that building and are now planning construction of a major new facility on the university’s own main campus.

Planning for this center has received a major boost thanks to commitments from a few well-known names in Fort Wayne. Chuck and Lisa Surack have contributed $3 million toward the facility, and the Auer Foundation matched that gift with another $3 million.

“We are so grateful to Chuck and Lisa Surack and the Auer Foundation for demonstrating their confidence in Purdue Fort Wayne and for stepping forward to support this much-needed music technology building,” said Ron Elsenbaumer, chancellor of Purdue Fort Wayne. “This spectacular new facility will serve as the launchpad for the next generation of students enrolled in our music industry, popular music and music technology programs.”

Chuck Surack, CEO of Surack Enterprises and founder and chairman of Sweetwater, and his wife Lisa have been friends and proponents of the university’s School of Music since its inception in 2017. The Suracks partnered with the university early on to create state-of-the-art studio and classroom space to serve Purdue Fort Wayne students on Sweetwater’s corporate campus that’s located at the far northwest corner of Fort Wayne. Since then, enrollment in the School of Music has almost doubled from 170 students in its inaugural class to more than 300 who are expected for the fall semester.

“To know that interest in Purdue Fort Wayne’s programming on our Sweetwater campus has created a need to build a new structure to replace the one we dedicated just four years ago is a very positive sign for the university and the region,” Surack said. “We are excited to continue our involvement in the growth of the School of Music and look forward to a day in the near future when these students will receive their instruction in a larger facility located near the heart of the PFW campus.”

The new, 26,000-square-foot music technology building is estimated to cost $22 million, with approximately $7 million expected to come from private philanthropy. The university is in the process of securing the additional private contributions needed, as well as the state funding necessary to construct the building. Current plans call for site work to begin in 2024 with an opening date projected for fall 2027.

Leaders from the university and its College of Visual and Performing Arts believe this important expansion fits squarely within the “Allen County Together” economic development action plan announced in January, which includes a call for Fort Wayne to become a “Top-10 Music City” over the next decade.

Earlier this year, the Edward D. and Ione Auer Foundation achieved its goal of donating all remaining funds — ultimately $79 million in all — thereby fulfilling a 15-year sunset clause established by Ione. 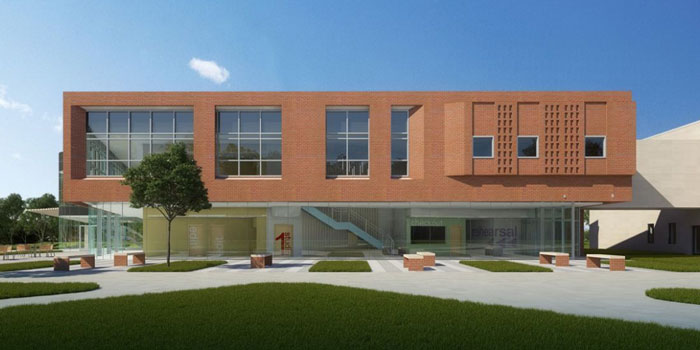