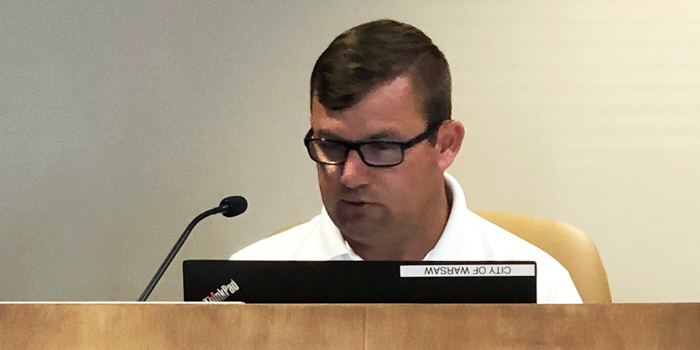 WARSAW — Business focused on the future with discussions on Warsaw-Wayne Fire Territory’s 2023 budget during an Aug. 2 board meeting.

WWFT Chief Garrett Holderman made a budget presentation to city council during an Aug. 1 meeting. Mayor Joe Thallemer said he told council to expect a 5% potential increase this year, as allowed by the state to keep up with current inflationary issues.

“We’re facing a challenging budgeting year with inflation, with all the issues on increased costs for labor, fuel, construction, contracts, materials, you name it,” said Mayor Joe Thallemer. “The purpose today is to just look at what our needs are from a fire territory perspective. We don’t know what our tax base is yet, we don’t know what our insurance rates are going to come back in at yet, but we’ve got to set a budget that we cannot exceed.”

The operating supplies section of WWFT’s operating fund is being increased by 25% to $105,930 due to high fuel costs.

Increases to the fund’s professional services and advertising sections are also being proposed for the 2023 budget. Holderman said two firefighters will be retiring next year, with a third firefighter also potentially retiring in 2023. The proposed increases would cover costs of psychiatric evaluations for new hires, as well as advertising for future vacant positions.

WWFT is also budgeting for the possibility of renting office space for the territory’s administrative staff. Thallemer said no final decision on where the space would be has been made.

Board Member Brandon Schmitt noted that he had not been approached by any WWFT firefighters with concerns about the 2023 budget.

“I think it might be worth noting that we really try to judiciously take our fiduciary responsibility seriously,” said Common Councilman and WWFT Board Member Mike Klondaris. “What we spend gives our fire territory team members the tools that they need to service the community in such a way that it affects our ISO (Insurance Services Office) rating. That ISO is important for everybody in the fire territory in helping to keep insurance costs down.”

With WWFT’s equipment replacement fund, the territory is keeping repairs and maintenance amounts for structural repairs and remodeling to Stations 1 and 2 at $200,000, with $100,000 per station. This amount is unchanged from the 2022 budget.

The equipment replacement fund for 2023 also includes funds for a new Smeal/Spartan 1,500 GPM (gallons per minute) rescue pumper priced at $861,329. The new pumper was discussed during WWFT’s June board meeting.

In other business, the board approved accepting a grant from the Indiana Department of Homeland Security. The grant, totaling $5,360, will be used to purchase two firehouse fabricator window simulators for WWFT’s training center.