CLAYPOOL — “I remember the day when this was nothing but green corn, green grass and there was nothing here,” said 2nd District U.S. Rep. Jackie Walorski while speaking in Claypool.

“I remember when Louis Dreyfus came in and I started working with them and they became a tremendous asset to this community,” she said.

These were among the last words constituents heard Walorski speak in public. She was killed in a two-vehicle crash about 45 minutes after she spoke at the celebration of the opening of the soy liquid lecithin plant at Louis Dreyfus Co.’s Claypool facility. 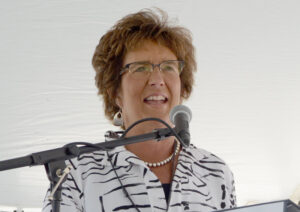 2nd District U.S. Rep. Jackie Walorski spoke at the inauguration ceremony of the new lecithin plant at Louis Dreyfus Co.’s Claypool facility. This was the last public appearance by Walorski who was killed in a car accident less than an hour later. Photo by Deb Patterson.

“We are here to celebrate a new era of growth for the Louis Dreyfus Co.,” she said. She noted the Claypool facility was a model for the rest of the county and the facility is a testament of the Hoosier workforce in industry. “I’m thrilled that Louis Dreyfus Co. is a forward-thinking partner and thrilled to help usher in this new phase and their continued support of Hoosiers and Indiana industries. (Other states) don’t know what they are missing.”

The opening of the new plant positions the site as the country’s largest facility integrating soybean processing, biodiesel production and glycerin and lecithin refining operations as well as a food-grade packaging line and canola oil distribution terminal.

“Louis Dreyfus Co. continues to strive … committed to grow with the local community. I’m very pleased to be here to celebrate Louis Dreyfus Co.’s new lecithin plant,” said Gelchie. He noted the market trends for plant-based products are transforming in the food and feed industry. “Consumers are shifting to natural products and demand natural ingredients. Our research shows the potential will double by the end of the decade. We are well in the position to meet the demand of higher quality food and feed.”

Gelchie said the local facility will have an annual capacity of 6,800 metric tons of soy – antioxidant, flavor enhancers, confection and chocolate at this plant. He noted the strong local operation in Claypool. “Proud this makes Claypool the largest fully integrated soybean production … facility in the U.S.”

He expressed appreciation for their suppliers of product, support of the community, county officials, contractors and others who have helped meet the demand for high-quality soy and soy products. He also expressed appreciation to the customers whose trust has helped expand the business and the employees whose hard work and commitment have made it possible.

“We have a large footprint here,” Gelchie stated, adding the company is envisioning growing in Claypool. “We definitely have strategic thoughts on how to get more out of our assets, not just a crushing facility. We have a multifaceted functional asset that will enable us to produce many different types of products … all by-products of soybeans.” 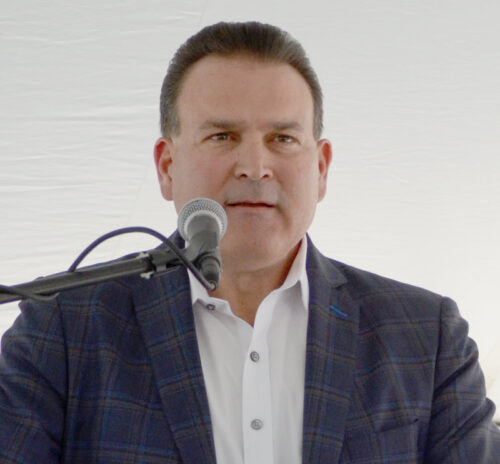 “This development is part of LDC’s strategic plans to diversify revenue streams through value-added products – in this case, by expanding our presence in the ingredients value chain and diversifying our food and feed solutions portfolio,” said Gordon Russell, LDC’s U.S. head of grains and oilseeds in a press release.. “Lecithin is a natural extension of our existing operations in Claypool, where we have also increased our edible oils and refined glycerin origination and production capabilities.”

The facility will enable food manufacturers to obtain product attributes customers increasingly desire for lecithin, a versatile emulsifier, dispersing agent, antioxidant and flavor enhancer that can be used in a variety of food applications, including confectionery, chocolate and prepared foods. 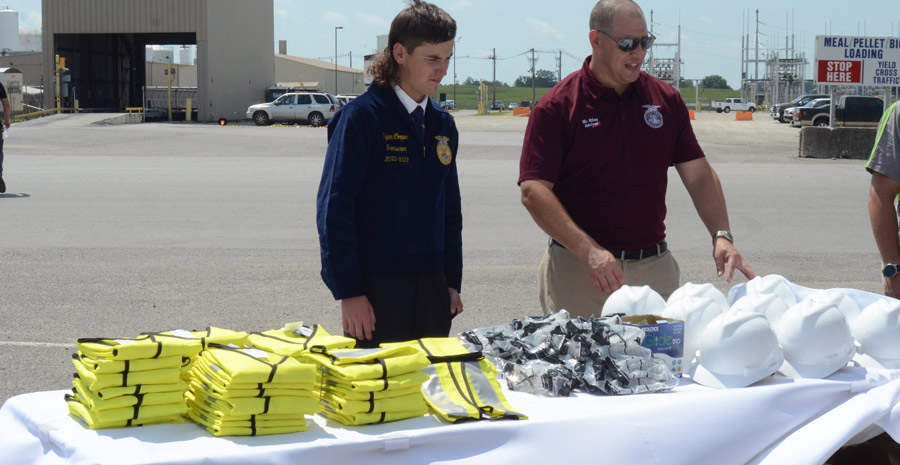 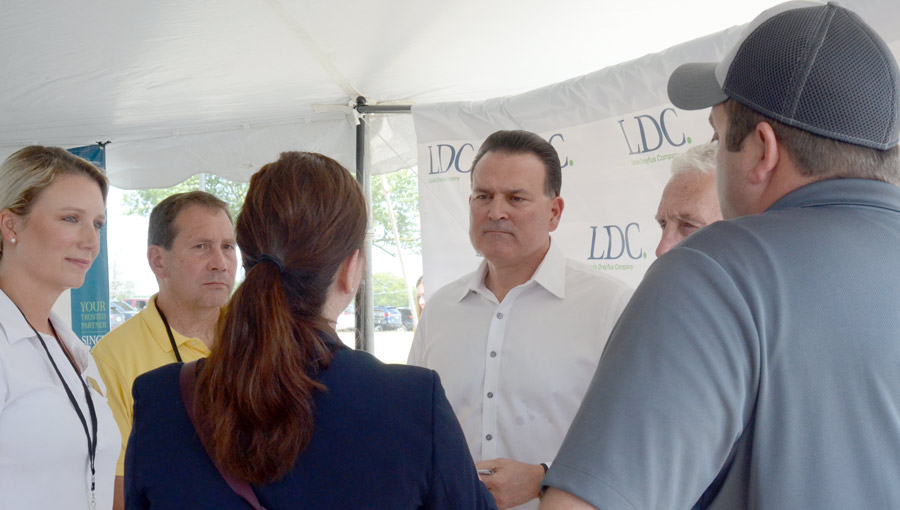 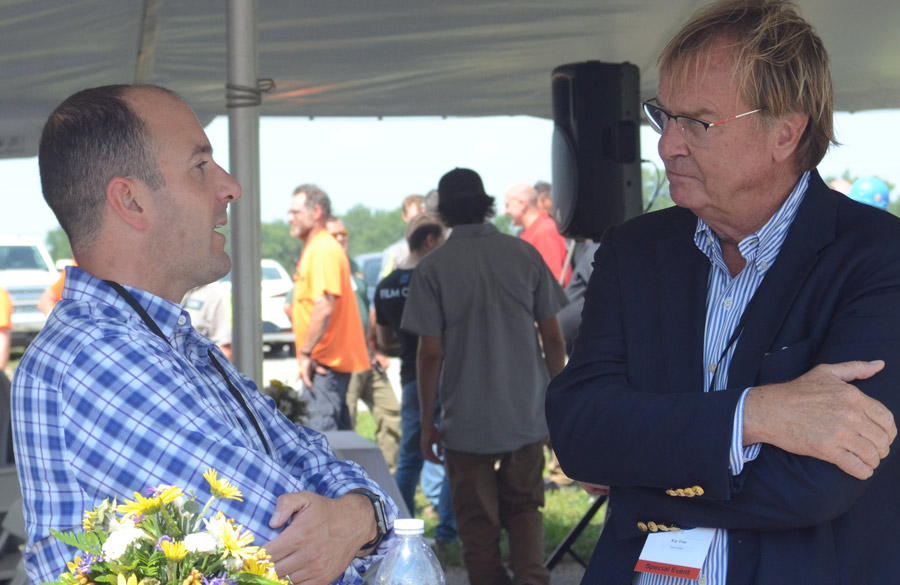 Alan Tio, chief executive officer of KEDCO, and former U.S. Ambassador Kip Tom get a few minutes to talk at the ceremony at Louis Dreyfus Co. in Claypool.