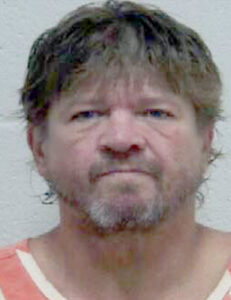 ROCHESTER — A Rochester man who fled from the Fulton County Courthouse after being sentenced has been apprehended.

On April 18, a Rochester Police detective was at the Fulton County Courthouse when he was made aware that Bradley had just received a three-year sentence, following a probation violation.

A short time after the sentencing, an attorney left the courtroom and told the detective that Bradley was “running.”

The detective went outside and saw Bradley running toward a vehicle. As Bradley opened the vehicle’s passenger side door, the detective heard Bradley yell at the driver to go.

According to court documents, the detective was able to get close enough to the vehicle to pound on the window and yell at the pair to stop. When the detective attempted to break the vehicle’s rear window, the female driver began to speed away, striking the detective’s left arm with the rear part of the vehicle. The detective experienced left elbow and back pain later in the day following this incident.

The driver was identified as Rhonda D. Herrell, Rochester. Herrell is listed in court documents as Bradley’s significant other.

A short time later, Rochester Police officers found the vehicle at Herrell’s home. Officers searched the residence for Bradley but could not find him.

Herrell told officers she didn’t know where Bradley was and said he jumped from the vehicle before she arrived home. When the detective told her she was going to be arrested, Herrell said she would call Bradley and that he would turn himself in instead of her going to jail.

Herrell was able to contact Bradley via phone. Bradley told Herrell not to tell officers where he was. When he was told that Herrell would be arrested if he did not turn himself in, Bradley became upset and eventually hung up.

Bradley called Herrell back a short time later, told her he loved her and said he would have someone bond her out.

Herrell is facing two criminal charges in this incident and has a pretrial conference on Sept. 21.

Bradley was booked in the Fulton County Jail on July 30.