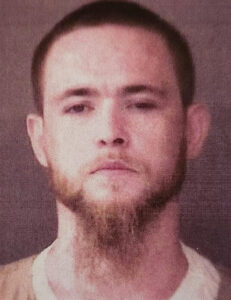 WARSAW — A man was recently arrested on theft charges after allegedly stealing more than $1,000 worth of merchandise from the Warsaw Walmart.

Brandon M. Taylor, 32, Greencastle, is charged with theft, a class A misdemeanor; and theft with a prior conviction, a level 6 felony.

On June 25, 2021, a Warsaw Police officer spoke with a Walmart asset protection employee about a theft that happened on June 16, 2021. The employee said she was told that an unknown man and woman pushed two carts of merchandise out of the store and refused to show a receipt while leaving. Employees then reviewed surveillance footage of the incident.

According to court documents, footage showed the man and woman walking throughout multiple sections of the store and selecting several items. The man is shown eventually walking to the store’s checkout registers and taking empty shopping bags.

Between the two suspects, the total value of the merchandise stolen from Walmart was $1,038.

Through assistance from the Mishawaka Police Department, Warsaw officers were able to identify the suspects as Taylor and Alicia N. Cunningham, South Bend. Mishawaka officers said both Taylor and Cunningham had been involved in a shoplifting incident in South Bend.

Photos of Taylor and Cunningham were also compared to the Warsaw Walmart’s surveillance footage, resulting in positive identifications.

Taylor was previously convicted of theft in St. Joseph County in October 2017.

Cunningham has a pretrial conference regarding this case on Sept. 21.

For this case, Taylor was booked in the Kosciusko County Jail on July 28. He was transported from the Putnamville Correctional Facility, where he is currently serving a sentence out of St. Joseph County on theft and drug possession charges.