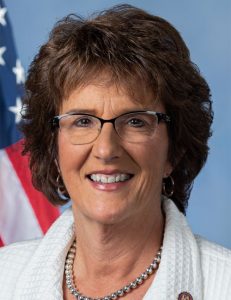 Wakorski had attended a ribbon-cutting event at Louis Dreyfus Company, Claypool, an hour before the collision.

Walorski, Potts and Thomson died as a result of their injuries. Schmucker, the sole occupant of her vehicle, was also pronounced dead at the scene.

The Elkhart County Sheriff’s Office responded to the two-vehicle crash at 12:32 p.m. Schmucker’s vehicle traveled left of center and collided head-on with the sports utility vehicle, occupied by Walorski, Potts and Thomson.

Walorski was running for her sixth term in Congress, having first been elected in 2012.

Before being elected to Indiana’s 2nd Congressional District, which covers part of Kosciusko County, Walorski served three terms in the Indiana General Assembly.