The concert will feature well-known gospel groups The Booth Brothers and The Guardians with special guest The No Name Quartet.

Promoter Wende Roberts, a lifetime resident of North Webster, has a heart for “providing artists with a platform to share the much-needed good news of the gospel.”

“Through the years, Northern Lakes Gospel Promotions has had the pleasure of hosting many world renowned Christian artists, including The Booth Brothers, The Guardians, Triumphant Quartet, Jim and Melissa Brady, Wes Hampton, Russ Taff and Michael English,” said Roberts, who herself sings at local events and understands how music can have a profound and lasting impact on those in attendance.

“The hope, encouragement and laughter that The Booth Brothers,The Guardians, and The No Name Quartet bring to this one-of-a-kind program is a very uplifting experience; all the while pointing back to the Word,” she said. “I encourage everyone not to delay in purchasing their tickets for this concert, as it consistently draws large audiences from many states.”

For more information or to order tickets, visit nlgpromos.com or facebook.com/nlgospelpromotions.

Descriptions of the performers, gleaned from their respective websites: 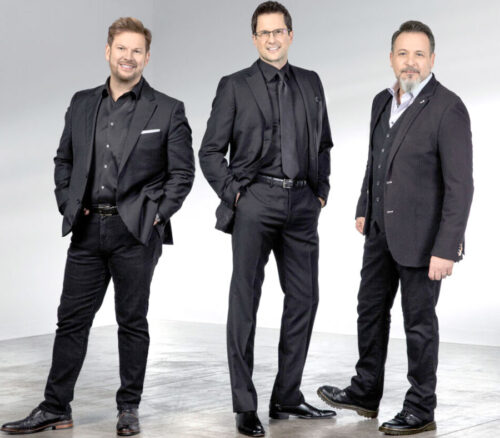 Ron Booth Sr., Ronnie and Michael Booth’s father, immersed his sons in Southern Gospel music during the time he sang with the Rebel’s Quartet and other musical groups. They sang with their father as Ron Booth and the Booth Brothers until 1998 when Ron Sr., or PawPaw, as he is affectionately known to his grandchildren, left the road.

Ronnie and Michael renamed the group and continued on as “The Booth Brothers.” Paul Lancaster joined the group in 2014 to replace Jim Brady and Buddy Mullins replaced Ronnie in 2021 when he left the group to spend time with his family — especially his grandchildren. The harmonies, which has been a trademark of the Booth Brothers, is continuing with the outstanding vocal abilities of Michael, Paul, and Buddy.

Michael, Paul and Buddy are deeply committed to musical excellence, yet have a greater desire to impact the hearts of those listening to their music. Refreshing humor, inspiring songs and encouraging words are embedded in every concert.

This trio, collectively and individually, has been acknowledged as one of the finest in the business, having received many awards over the years, including Artist of the Year, Song of the Year, Album of the Year, Trio of the Year, Male Group of the Year, and Best Live Performers.

Although the group is grateful for the recognition of their work, their aspiration is for all honor and glory to be God’s alone. 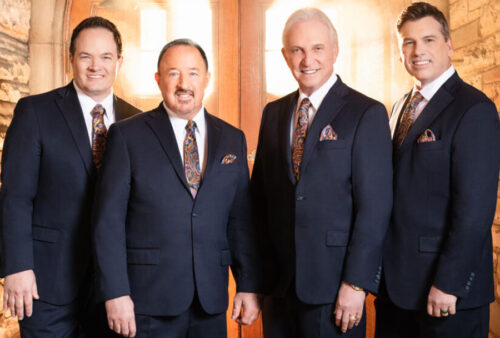 The Guardians have claimed their place as one of America’s favorite Southern Gospel groups with a string of hits like “Packin’ Up,” “Shoutin’ Sounds,” “Somebody Prays” and recent No. 1 single, “Present in the Presence of the King.”

The quartet has a unique sound, tight harmony and a passion of sharing the Gospel through their music. Group members Dean Hickman, John Darin Rowsey, Pat Barker, and Scott Mullins are committed to glorifying the name of the Lord through song.

With two Dove Award nominations and multiple Singing News #1 Songs and Fan awards, The Lord has blessed the Guardians with an incredible journey since their inception.

Each member of the group brings a sincere commitment to glorifying Jesus Christ. Therefore, their mantra remains echoing John the Baptist’s words in John 3:30: “He must increase but I must decrease.”

The Guardians’ collective mission is to share the gospel of Jesus Christ, sing songs that minister to people’s hearts, and touch lives. Their music is sincere and makes an impact.

The No Name Quartet 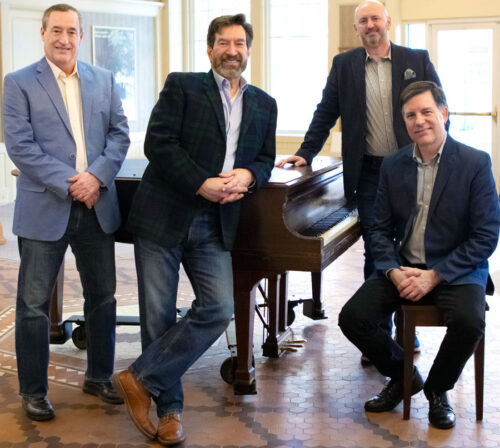 The No Name Quartet has been intentionally flying under the radar as a music group for nearly 20 years. Although one of the best kept secrets in the region, they continue to delight audiences with their mix of gospel and inspirational music, onstage humor and blending vocals.

The group started as a smaller version of the men’s ensemble at their local church. What was just getting together to sing for fun, grew into a highly requested quartet that has risen to sing the national anthem at Banker’s Life Field House in Indianapolis, as well as recently singing alongside well-known gospel artists The Booth Brothers, The Guardians, Triumphant Quartet and Wes Hampton of the Gaither Vocal Band.

NNQ loves the local church and considers the intimacy of the church sanctuary as one of the best venues for communicating gospel truth through song.

Another strong value of the group is the importance of family. Often, when NNQ is performing an area concert, lead vocalist Bob Jackson’s dad, Delane, will join the group to play his style of gospel piano as a prelude. Jeff Secaur, baritone, includes his songwriting son, Aaron, as a featured performer at the Mother’s Day concert. Tim Yocum (first tenor) and Mike Yocum are brothers, and have kept audiences laughing at their sibling rivalry for years.

Although the group has intentionally stayed out of the spotlight, the No Name Quartet continues to shine the light on the Lord they sing about. He is the one worthy of all the praise.