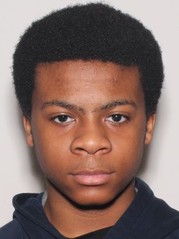 ELKHART — A Statewide Silver Alert has been declared for a teenager from Elkhart.

The Elkhart County Sheriff’s Office is investigating the disappearance of Antonio Mikell, a 15-year-old black teenager who is 5 feet 3 inches tall and weighs 120 pounds. He has black hair and brown eyes. Antonio was last seen wearing a Trump 2020 T-shirt and pajama pants with Christmas lights, and carrying a silver suitcase.

Antonio is missing from Elkhart and was last seen at 3:15 p.m. Saturday, July 30. He is believed to be in extreme danger and may require medical assistance.