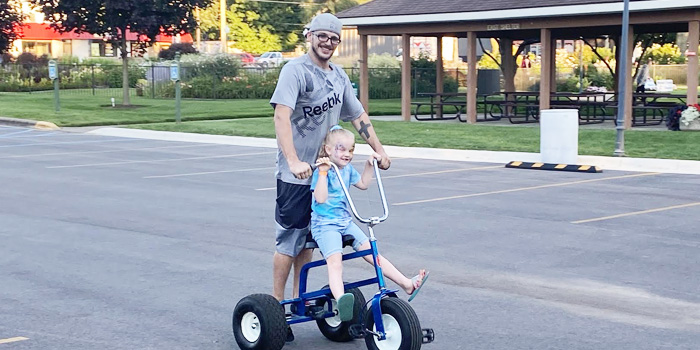 Maycee Frederick, right, enjoys a ride with her stepfather Thomas Cupp at the Warsaw Parks and Recreation Department’s Family Carnival at Central Park in Warsaw. InkFreeNews photos by Leah Sander.

WARSAW — Many people got to enjoy games, play in bounce houses and mingle with clowns in Warsaw on Friday, July 29.

The Warsaw Parks and Recreation Department put on its Family Carnival on Friday night at Central Park. There was also face painting, a dunk tank and a juggler among other things.

“It’s great to see,” he said. “You know after COVID-19, we didn’t have the event. We were down a little bit last year, and this year I think … everybody’s out. … I think we had record (ticket and wristband) sales this year.”

“A lot of families enjoying it, multiple kids are coming through, and everybody’s happy and having a good time,” he added.

Volunteers from VIA Credit Union and Zimmer Biomet helped at the event this year along with parks and recreation department staff.

“It was a beautiful night for the activities,” Plummer said. “I’m just glad everybody came out and had fun, and we’ll do it again next year.” 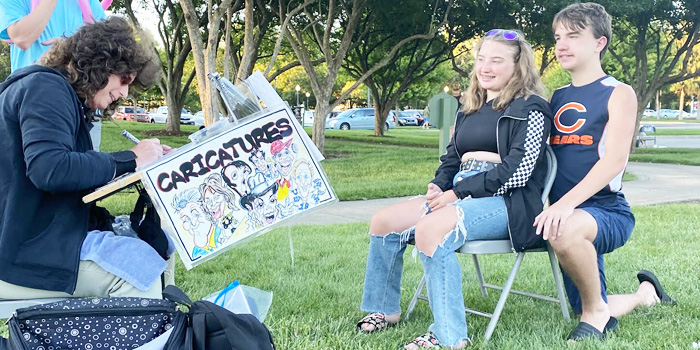 Siblings Eleanor Barrett, center, and Owen Barrett, right, have a caricature of them drawn by Darlene McCartney at the carnival. 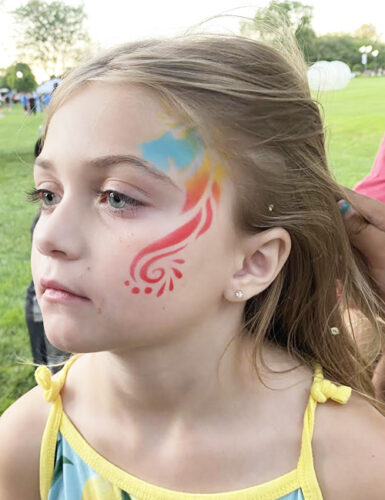 Skylar Hunt shows off the unicorn design on her face after having it done by airbrushed face painting at the carnival. 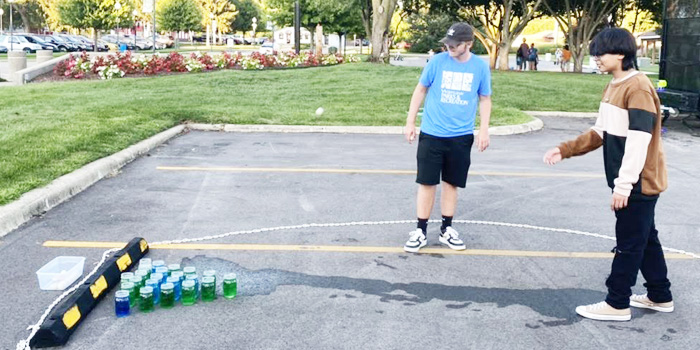 At the carnival, Jeam Carlos Torres Vasquez, right, tries to toss a ball into a jar. 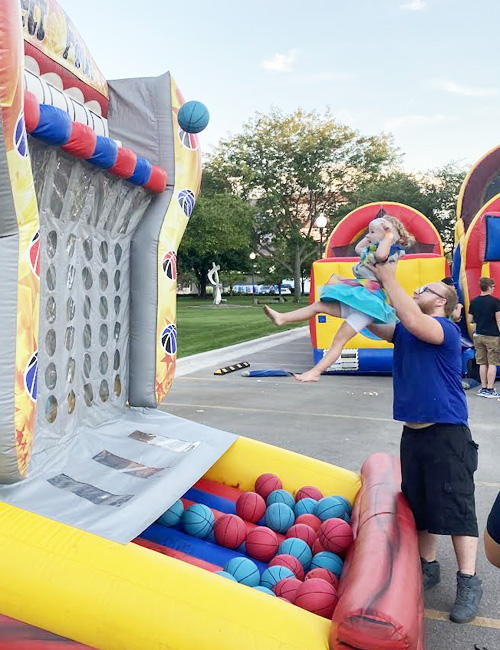 Athenna Ebey, left, gets a boost from her father Josh Ebey to play an inflatable basketball game at the carnival. 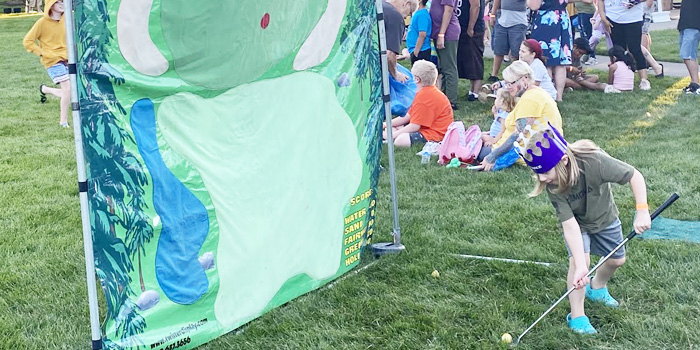 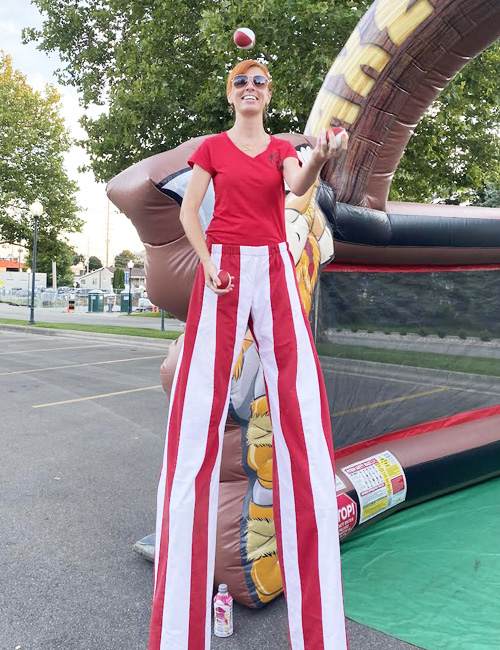 Amber Ballard came all the way from Cincinnati, Ohio, to juggle on stilts at the event for people to watch. 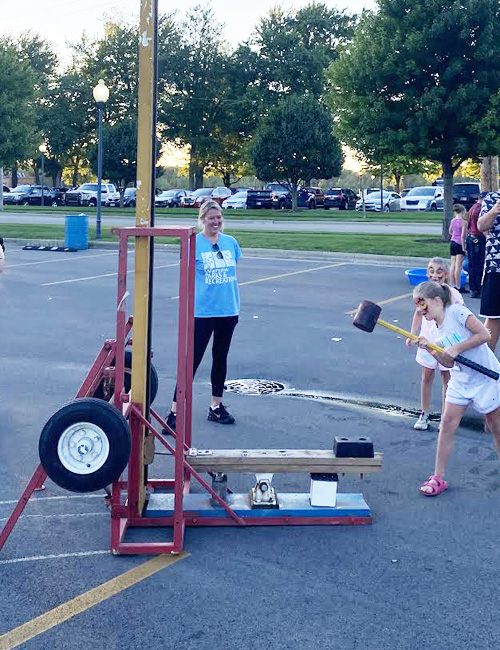 Evan Ewert tries her hand at a hammer game at the carnival.