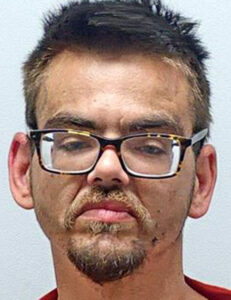 WARSAW — A Warsaw man was arrested after allegedly stealing a woman’s vehicle and leading police on a high-speed pursuit.

Christian M. McQuade, 28, 27 EMS B59 Lane, Warsaw, is charged with theft and resisting law enforcement, both level 6 felonies; and reckless driving, a class A misdemeanor.

On July 13, a woman reported her vehicle, a black 2020 Chrysler Pacifica, was stolen from Dutchtown Church in Warsaw. The woman said she left her keys in the vehicle’s door while she carried items into the church. A Kosciusko County Sheriff’s Office deputy who was on patrol in Syracuse was informed of the stolen vehicle.

According to court documents, while the deputy was traveling south on SR 13, he noticed the stolen vehicle traveling north. The deputy turned his patrol vehicle around, caught up to the vehicle, and informed other officers that he had found the stolen Chrysler Pacifica.

McQuade traveled through the town of North Webster, reaching speeds greater than 100 mph at times and was seen swerving in between vehicles and traveling on the incorrect side of the road.

McQuade was taken into custody but refused to answer questions about the incident.

McQuade has been arrested and released on his own recognizance. He has an initial hearing at 1 p.m. Aug. 4, in Kosciusko Superior Court Three.