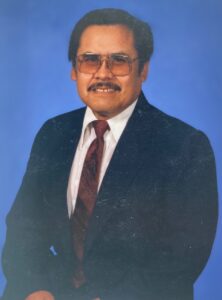 Preciliano “Chon” Barrera passed away on July 21, 2022, at home in the loving care of his family.

He was born on Jan. 4, 1937, in Raymondville, Tex., to Benjamin and Perfecta (Carrizales) Barrera.

As a migrant worker, he met a beautiful young woman, Elvira Martinez. They were married in October 1959 in Wisconsin. In 1963, he decided that Milford was a good place for his wife and three children. In 2010, Barrera decided to work independently and opened his car detailing business, CB Detailing. He would spend hours making sure customers received a sparkling, like-new car.

Barrera loved seeing and being with his growing family. That was the time to get the grill burning, listen to Tejano music, and have a good time.

He was preceded in death by his parents; a grandson: Ruben Vela Jr.; and sisters: Rafaela Ruiz, Juanita Castillo, and Ramon Valdes.

A funeral mass for Chon will begin at 2 p.m. Wednesday, July 27, at Our Lady of Guadalupe, 225 Gilliam Drive, Warsaw. Father Fernando Jimenez will officiate.

Memorial contributions in honor of Chon may be directed to the charity of the donor’s choice.