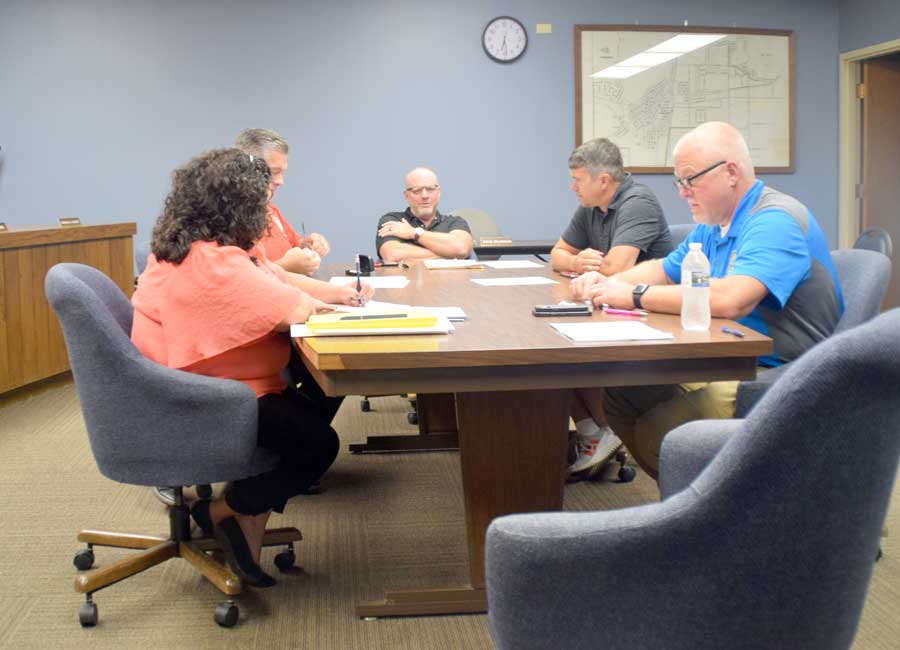 SYRACUSE — The Syracuse Redevelopment Commission held a brief public hearing on the Oakwood and Allen Residential Economic Development areas during its regular meeting Tuesday night, July 19. No members of the public were present for the hearing.

For the remainder of the meeting Clerk-Treasurer Virginia Cazier reviewed the claims at Larry Siegel’s request. Siegel is the president of the Syracuse Redevelopment Commission.

Claims were paid for the ballpark; engineering for the north water tower improvements; a bond for Jeff Goralczyk, board member; and work on the Main and Railroad streets project.

Siegel questioned where funds for paving North Road were coming from. David Wilkinson, town manager, explained the funds will come from the general paving fund. Siegel noted there isn’t enough room on North Road for two semi trucks to pass each other.

Police Chief Jim Layne said semi trucks should stop using North Road and use Polywood Way now that the new building is completed. Siegel recommended looking at expanding North Road, but Wilkinson said he wasn’t sure what Polywood’s plans were for the area and he questioned whether there’s even enough room to expand the road.