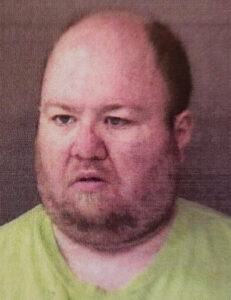 On Dec. 8, 2020, a trooper detective with Indiana State Police began an investigation into a report of child pornography possession. The National Center for Missing and Exploited Children sent information to ISP about a cyber tip from Kik, the reporting Electronic Service Provider (ESP). Kik is a messaging and social networking app.

According to court documents, seven child pornography files were uploaded through Kik on Oct. 11, 2020; and Oct. 13, 2020. The ESP also provided the following information about the uploaded files: “File was sent from this user to another user via private chat message.” NCMEC reported that the Internet Protocol (IP) address that uploaded the child pornography files was geo-located near the North Webster area.

The ISP detective obtained a search warrant for the IP address and discovered the account returned to Price’s father, who passed away in June 2019. Price’s father’s account used an address in North Webster, where Price resided.

The detective also learned that Price is a registered sex offender, having been convicted of child molestation in Noble County in 2008.

On Nov. 4, 2021, ISP, Internet Crimes Against Children Task Force members, and the Kosciusko County Sheriff’s Office executed a search warrant at Price’s home. As a result of the warrant, investigators completed forensic analysis on multiple digital devices solely owned and used by Price. During the analysis, investigators found child pornography.

When asked if he knew why officers were at his home, Price said he had some old pictures on electronic devices that he meant to erase; however, he said the pictures were of older adult women. When asked if officers would find child pornography on any of his devices, Price said there may be some images that he forgot to delete.

He also admitted to using Kik and said he saw images of underage, nude children on the app. Price also denied sending images of child pornography to anyone. Price said his father did not have a Kik account while he was alive.

Price was booked in the Kosciusko County Jail on July 18, with a $20,250 surety and cash bond.