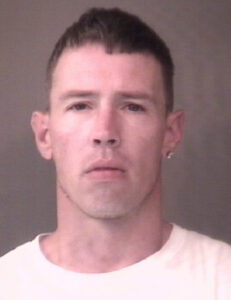 SYRACUSE — A Syracuse man was recently arrested after allegedly battering a child and a woman.

On Aug. 21, 2021, a Kosciusko County Sheriff’s Office deputy responded to a domestic disturbance in Syracuse. Upon arrival at the scene, the deputy spoke with a woman who said she had been in an altercation with Bella.

According to court documents, the woman said Bella had been drinking alcoholic beverages most of the day and was not in his normal state of mind. Bella began a verbal argument in a bedroom and then pushed the woman in the chest area.  A child entered the room and asked what happened. The woman told the child to leave because she was talking with Bella.

Bella then got face-to-face with the woman and began to scream at her. When the woman attempted to leave, Bella pushed the woman in the chest again, causing her to fall to the bedroom floor. The child entered the room a second time and told Bella to not hurt the woman.

When the woman called 911, Bella took the woman’s phone, disconnected the call and then broke her phone. The woman described being in pain as a result of the physical altercation.

The deputy then spoke with the child about the incident. The child, who appeared to be visibly shaken, said Bella started pulling at their clothes, which resulted in them falling to the ground during the altercation.