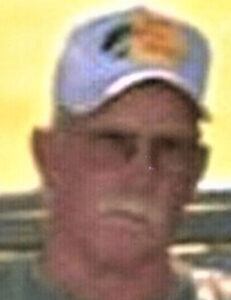 He married Mazie M. (Shepherd) Hyden on Feb. 4, 1967; she preceded him in death July 7, 2007, after 40 years of marriage. Roger retired from Myer Levin & Sons after 40 years with the company. He enjoyed the time he spent with family and friends and was devoted to his grandchildren. He was an avid golfer and member at Stonehenge Golf Club, Winona Lake and Rozella Ford Golf Club, Warsaw.

A funeral service will be held at 10 a.m. Saturday, July 16, 2022, at McHatton Sadler Funeral Chapel, 2290 Provident Dr., Warsaw. Visitation will be from 4-8 p.m. Friday, in the funeral home. Burial in Oakwood Cemetery, Warsaw.

The family’s preferred memorial is Riley Hospital for Children; you can give online at www.rileykids.org or by mail to Riley Children’s Foundation, 500 N. Meridian St., Indianapolis, IN 46204.

To share a remembrance of Roger or to offer condolences to his family, please visit www.mchattonsadlerfuneralchapels.com.