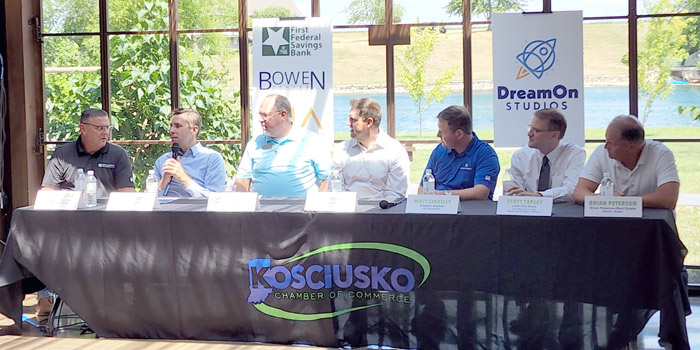 SYRACUSE — Housing. Economy. Jobs. Child care. These were the topics of a panel discussion at the second annual Kosciusko Chamber Member Celebration Luncheon Wednesday, July 13. The event, attended by approximately 160 people, was held at the Blue Barn Berry Farm, Syracuse.

The panelists stressed the need for housing and child care along with a community atmosphere for those hybrid employees. 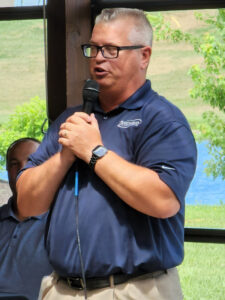 Parker’s questions focused on the five issues of most concern by 88% of businesses based on a poll by the U.S. Chamber. Those issues were inflation, supply chain, COVID-19 safety protocols/compliance, revenue and rising interest rates.

Linville said labor growth is an issue even in big business and definitely evident in the county at fast food restaurants. He added wages play a significant impact and businesses have to stay competitive.

Peterson and Tapley responded to the housing market, stating the market is 12% down in listings from a year ago, while the state is only at 1%. Both noted there are a lot of buyers willing to buy, but the supply is not what it was and the median selling price is $230,000. A lot of the homebuyers are young people and they are finding it hard to find homes.

Linville stated while there are still some working remotely from home, there are the young professionals who are hybrid workers (working from home and a few days/hours in the office). He noted they have hired 200 employees since January with 150 still to be hired. “There is still a huge need for housing,” he said, stressing the need for amenities in the community to bring people to the area. An example was why would someone from Colorado, who could work remotely from home, want to be a hybrid worker and move to Kosciusko County.

Flamm spoke regarding the economy and education. He stated college enrollment is OK, but the graduate level has leveled out and is staying steady, indicating not a lot of people are going back to college for further education. He stated later there is a concern in education which will affect the workforce. In 2008 married couples did not have children or not as many children as previous years. Because of this a decline in graduating students will be experienced in 2026 and for the next five to 10 years.

Grace College is working to help the workforce in the county with creative programs and has started offering engineering, computer science, engineering in the medical field and other areas. They are also seeing a high percentage of their students coming from within the county. 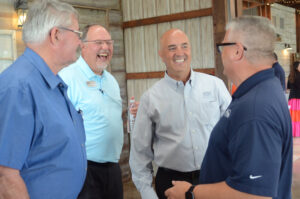 Zimmerman was optimistic regarding the economy, stating the labor needed is related to the number of clients, which for Polywood is growing. “This is why we’re still hiring and we’re confident the market economy will turn,” he said.

Speicher spoke regarding child care and what his company is doing to retain workers. The company has purchased a home and will be offering home day care services for their employees at a reduced cost. While the program hasn’t started yet, they are hoping it will prove it was money well spent.

Regarding inflation, those in the financial world stated whether they should be more worried about deflation than inflation. They spoke of the supply chain where businesses were double ordering, now they have an oversupply and are refunding money but telling customers to keep the items. They also stated it is believed the country will get back to the target of 4% inflation by the middle of next year.

One of the panelists stated, “you can’t control it. Normal is really abnormal,” with the expectation the country will overcome the matter and there will be a 3-4% inflation rate.

Prior to the panel discussion Parker highlighted chamber successes in 2021 and where the chamber is at currently. 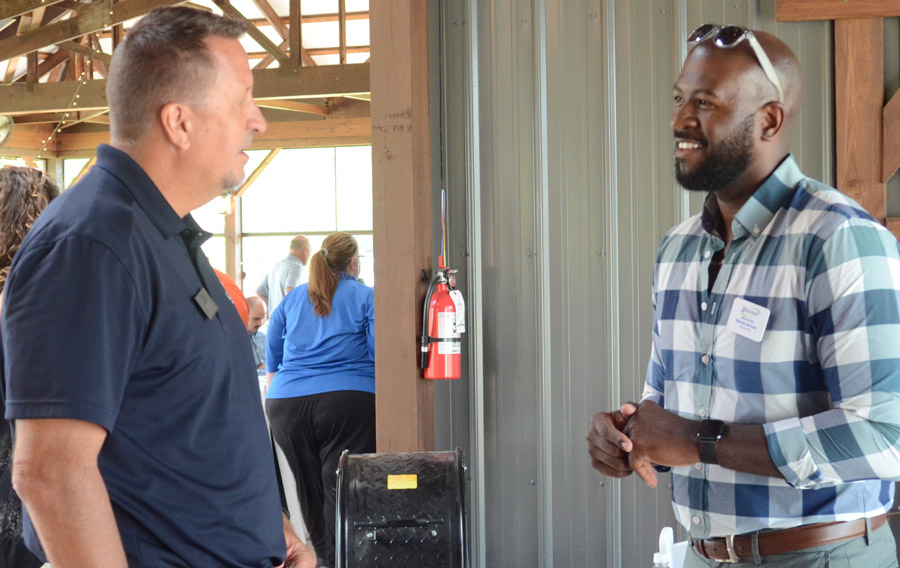 The annual Kosciusko Chamber Membership Luncheon provided an opportunity for networking, along with meeting old friends.